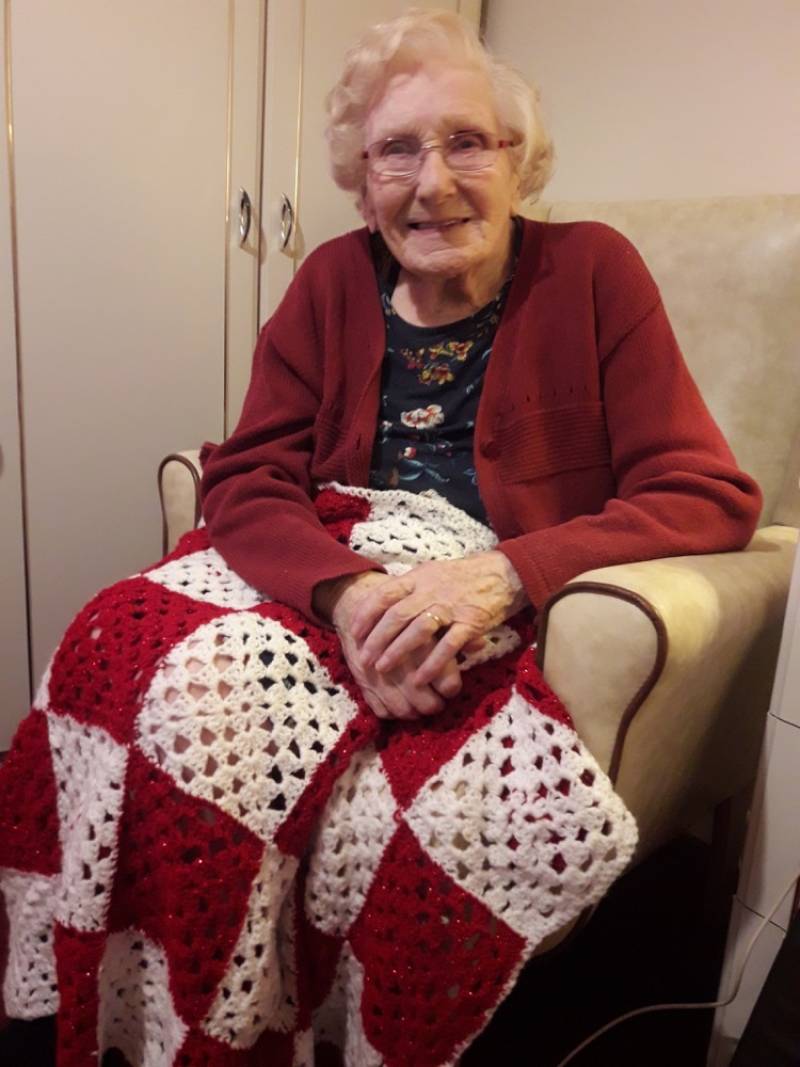 A WOMAN who has lived through two world wars will celebrate her 108th birthday next week despite lockdown guidelines halting her plans for a party.

Margaret Hammond was born on May 25, 1912, on High Street in Wombwell to parents Harold and Clara Shevill. She was the eldest child of four and attended Barnsley Road Infant School then John Street School in Wombwell.

When Margaret left school she worked as a waitress in the Co-operative restaurant on Market Street, Barnsley, and later at a tailor’s shop in the town centre.

In 1936, she married Noel Leslie Hammond, who was known as Les, at St Mary’s Church, Wombwell. Together they had four children – Bill, Bob, Maggie, and Lynda before Les died in 1999.

Now, despite the ongoing lockdown guidelines, Margaret will celebrate her 108th birthday with a socially-distanced party.

“She lived on her own until she was 101,” said Margaret’s daughter, Lynda Lawrance, 69. “She lives in a care home in Wakefield so we are going to go and stand outside so she can wave at us from the window.

“She is still sharp as a whip but she can’t walk very far but I think she is excited to turn 108.”

When Margaret was 100, she bumped into the former chairman of supermarket giant Morrisons, Sir Kenneth Morrison, which Lynda said Margaret always speaks of.

“She tells everyone that she met Mr Morrison,” added Lynda. “She said to him that she has always eaten well, always worked hard and always behaved herself which I think she credits to living a long life.”

She will celebrate her birthday at her care home in Wakefield and is looking forward to her card from the Queen.