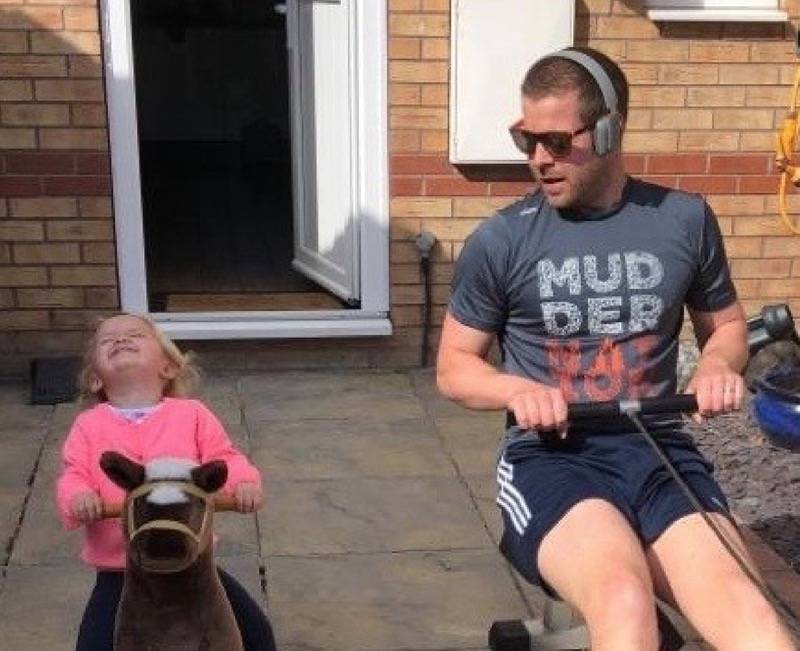 A BARNSLEY man and his brother are collectively travelling 400 miles – both running and rowing – in an attempt to raise money for Barnsley Hospice.

Michael Hyde, 36, and James Hyde, 40, have raised over £800 so far as they aim to travel the distance it would take to get to Tredegar in Wales – the birthplace of the founder of the NHS, Aneurin Bevan.

Michael, who lives on College Fields, Barnsley, said: “We wanted to do something to support the people who are helping us at the moment, and so we thought that rowing, in my case, or running, for my brother, would be a good idea.

“The distance is 400 miles, which is a round trip to where the founder of the NHS was born, and we did this because we wanted to make the distance we travel mean something.

“My wife works in intensive care so I know how hard it is for, she’s working long shifts and as I’m looking after the kids I have to do my challenge at about 9.30pm which isn’t ideal.”

The pair are currently on day nine of their challenge, with 21 more days to go, but have already smashed their original fundraising target of £400.

“We’re at £800 now which is fantastic, it’s been a baptism of fire because I haven’t actually been on my rowing machine before, but a lot of people have sponsored us so we don’t want to let them down,” he added.

“We’re both getting our kids involved with it as well, because obviously they’re quite bored during lockdown, it’s giving them something to do.

“I think it’s also teaching them a lesson to be selfless as well, they’re at the age now where they’re able to understand that we’re doing this for other people, so getting them involved is giving them a life lesson.”

If you wish to donate to their fundraising attempts, click here.