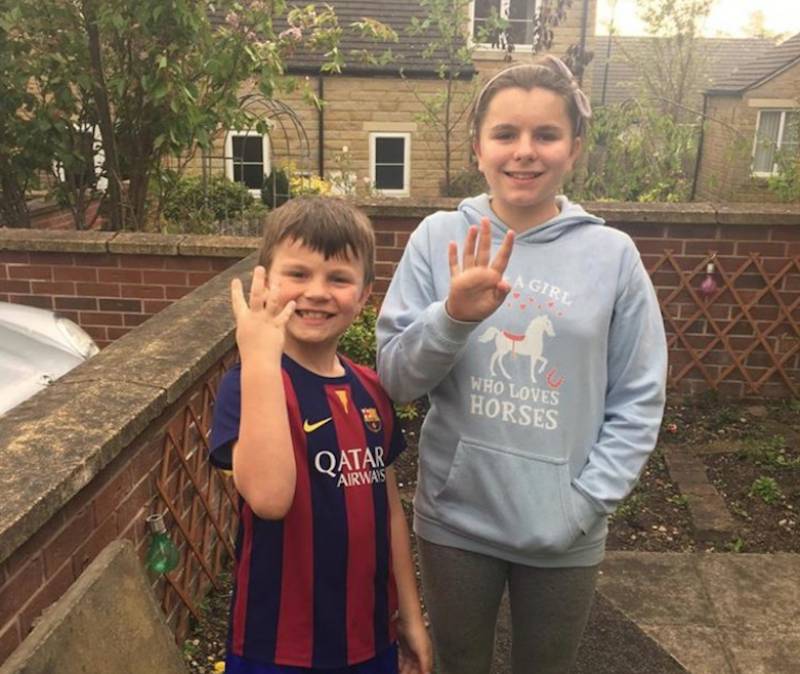 TWO siblings from Barnsley are running a marathon over ten days to raise funds NHS Charities Together.

Their mum, Gemma, 41, of Spencer Croft, Cawthorne, said: “Since lockdown started Sam has been running with me to keep fit and he’s been enjoying it.

“So when he saw on the news that the London Marathon had been cancelled, he told me that he wanted to run a whole marathon, but obviously due to lockdown restrictions this would have been hard.

“So instead he thought it would be a good idea to do the marathon over ten days and raise some money for charity at the same time, because he’s loved doing the Clap For Carers on a Thursday, but wanted to do something more.”

Millie wasn’t going on the runs with her mum and brother, but once she found out about the fundraising idea she couldn’t wait to get involved and help.

“They decided that they were going to do the run together straight away and it was all a bit hectic to try and get everything sorted but so far the response has been fantastic,” she added.

“We smashed the £150 target that was set before we even did our first run, which was overwhelming but we’re grateful of all the donations.

“The pair are currently on day seven of their task and they’re loving it, I hope that they can raise some more money for a worthwhile charity.”