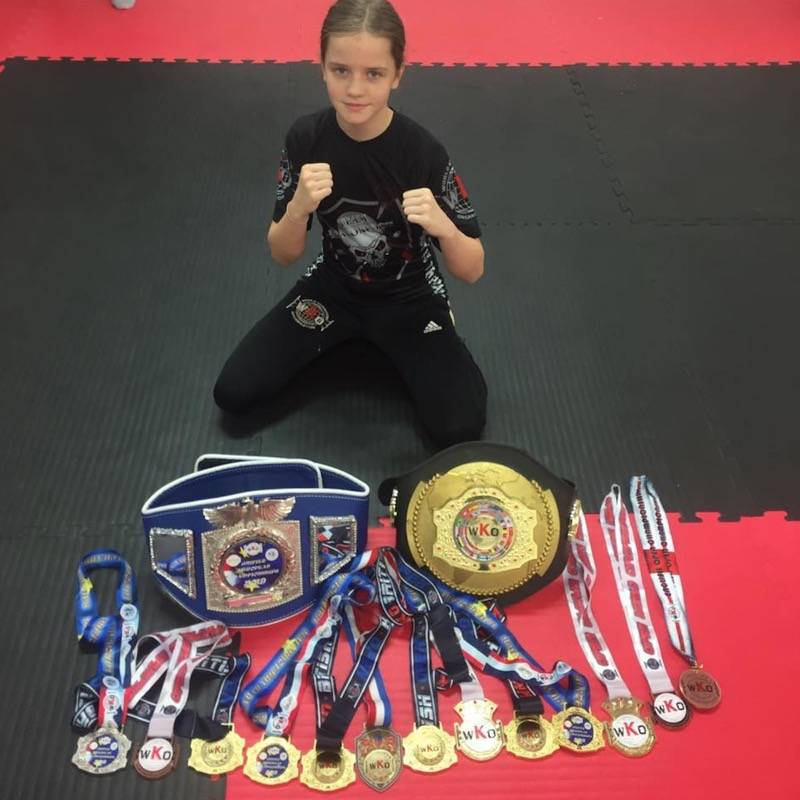 A KICKBOXER from Barnsley has been nominated for a Young Champions award following her fantastic year inside the ring.

Armani Bladen, 12, of Stotfold Drive in Thurnscoe, has been kickboxing for three-and-a-half years.

Nicknamed ‘Armani The Blade’, the youngster has won an array of competitions in the last year and hopes to continue her success going forward.

Her mother, Gemma Fearn, 33, said: “Armani has been training since before she was nine and she’s come on so much in that time.

“There was a clean sweep for her at the British Open back in Barnsley as well, so that was great.”

She is currently ranked number one in the WKO in three different disciplines, as well as a brown belt in her sport.

Armani is also one of four role models for totally runable, who go in to schools to help children with sports, and is also an ambassador for ‘Gloves Up Knives Down’, who aim to tackle knife crime on UK streets.

Upon finding out that her daughter had been nominated for a Young Champions award, Gemma said: “I’m absolutely blown away she has been nominated if I’m honest with you.

“It’s amazing that she is being recognised because I know how much she has done and how hard she has worked over the past few years.”

Due to the current lockdown restrictions, she has been unable to get out to her local gym, but this hasn’t kept her away from doing what she does best.

“She has been doing the videos at home that were provided by her coaches, as well as any other ones that she’s able to find online,” Gemma said.

“She has a bag and plenty of training equipment at home, so she’s able to train to a certain degree.

“But she’s missing her gym and competing so much.”