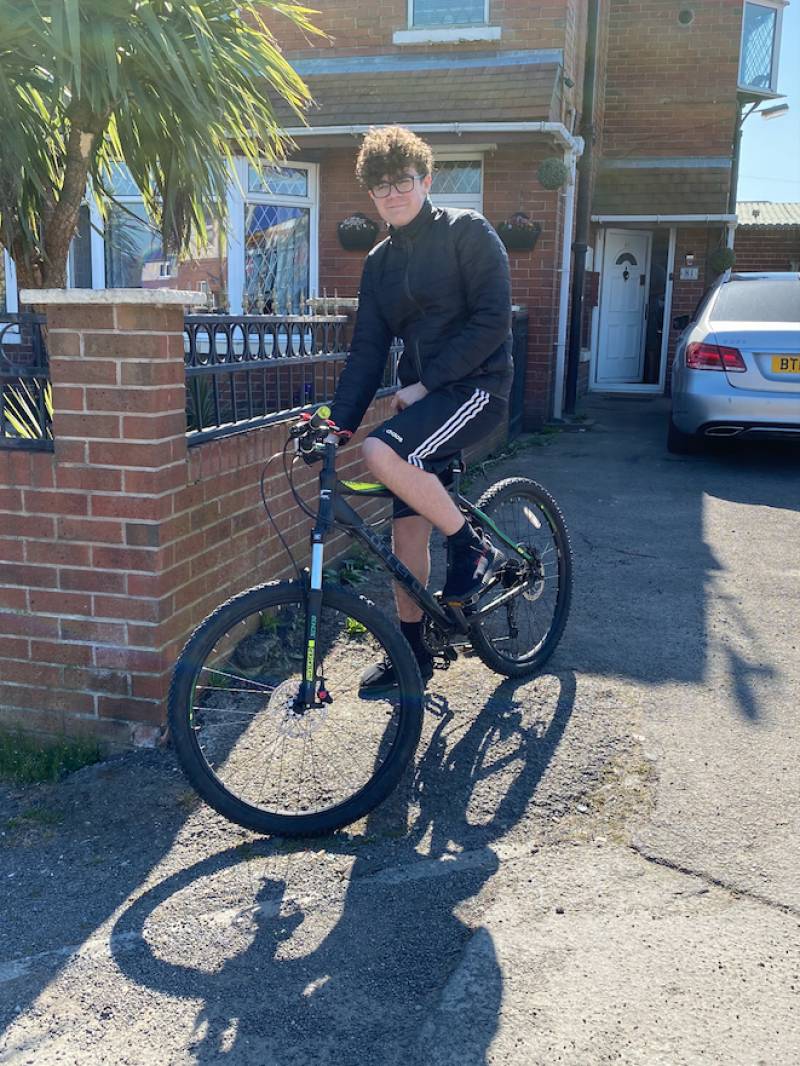 AN AUTISTIC boy from Grimethorpe is leaving his comfort zone and getting on his bike in an effort to raise money for the intensive care unit at Barnsley Hospital.

Mason Cottrell, 14, of Brierley Road, is on the autistic spectrum and spends most of his time in his room.

His mother, Danielle Barton-Cottrell, 33, said: “He’s usually quite an introvert and he doesn’t like to leave the house.

“So, when he came to me with this idea it’s fair to say I was in shock.

“He’s riding to and from home to Barnsley Hospital, which is about 14 miles, for the ICU.

“We’ve been donating to the Amazon wishlist that the hospital has but he decided this would be a different way to help those who help us.”

Danielle says that her son is very passionate about the guidelines set out by the government to protect everyone across the country, and this is echoed in his words.

Mason said: “I’m just doing my bit trying to raise money for the hospital and I hope that other people can start to do the same.

“Even if you aren’t fundraising, you can still do your part by staying at home and following the guidelines.”

Mason has currently raised more than £145 of his £500 target but his mum hopes to raise more once he completes his ride this week.

She said: “Every little helps, even if it’s just a quid here and there it all adds up so hopefully we can reach the target.”

Mason will continue to do the bike ride every Wednesday to raise as much as possible for the hospital.