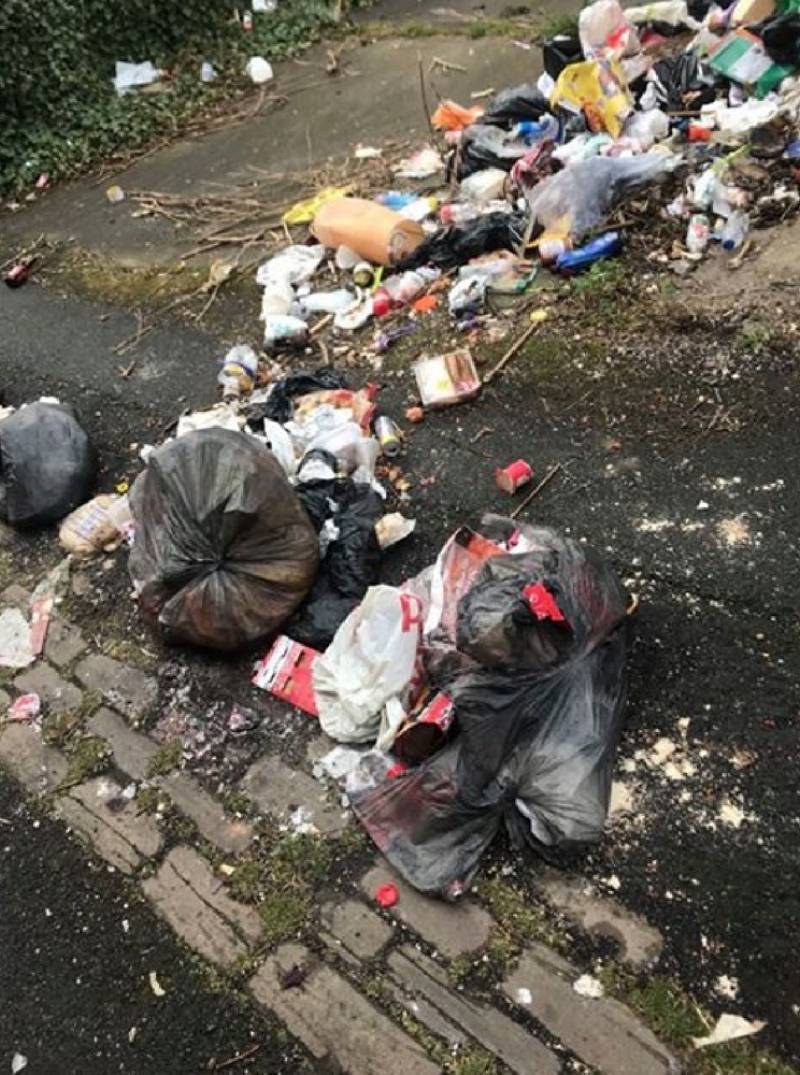 REDUCED bin collections are leading people to blight the borough with more fly-tipping, a local resident has claimed.

Michelle Lawther, of Sunderland Terrace, has noticed a vast rise in the amount of rubbish being left in her area.

She said: “People are just dumping their rubbish everywhere in the streets at the minute, it’s absolutely horrendous.

“There’s nappies and all sorts of rubbish that are here on a regular basis, it’s driving people out of their properties.”

Michelle spent three hours on Wednesday cleaning up the mess, but it’s something that she’s had to do for the past few years.

“I’ve been having to clean up the rubbish myself recently, and it’s obviously not my job,” she added.

“I’m working 12-hour shifts from home at the moment, and having to see that through my window every day is really depressing.

“It’s even more frustrating that when I’m cleaning up the rubbish, there’s people just walking by without a care in the world.

“We should be coming together as a community right now but it seems we’re doing the complete opposite.”

The telecommunications worker understands the severity of the coronavirus, but believes if more people start fly-tipping, other different diseases will come to the fore.

“With more people staying in their homes, the amount of rubbish that they accumulate is obviously going to be greater than usual,” Michelle told the Chronicle.

“This doesn’t mean that there should be more fly-tipping though, people just need to use their bins instead of leaving it on the street.

“We really need more bin collections, perhaps once a week for grey bins because it would help us so much.

“If they’re suspending green and blue bins, surely there’s more time for people to come and get our bins?”

A Barnsley Council statement added: “Reluctantly we’ve suspended all of our green bin collections until further notice. This difficult decision has been taken because we must make sure we prioritise the collection of grey and brown bins.

“We also had to suspend blue bins, but we’re pleased to announce that scheduled blue bin collections started again on Tuesday.”