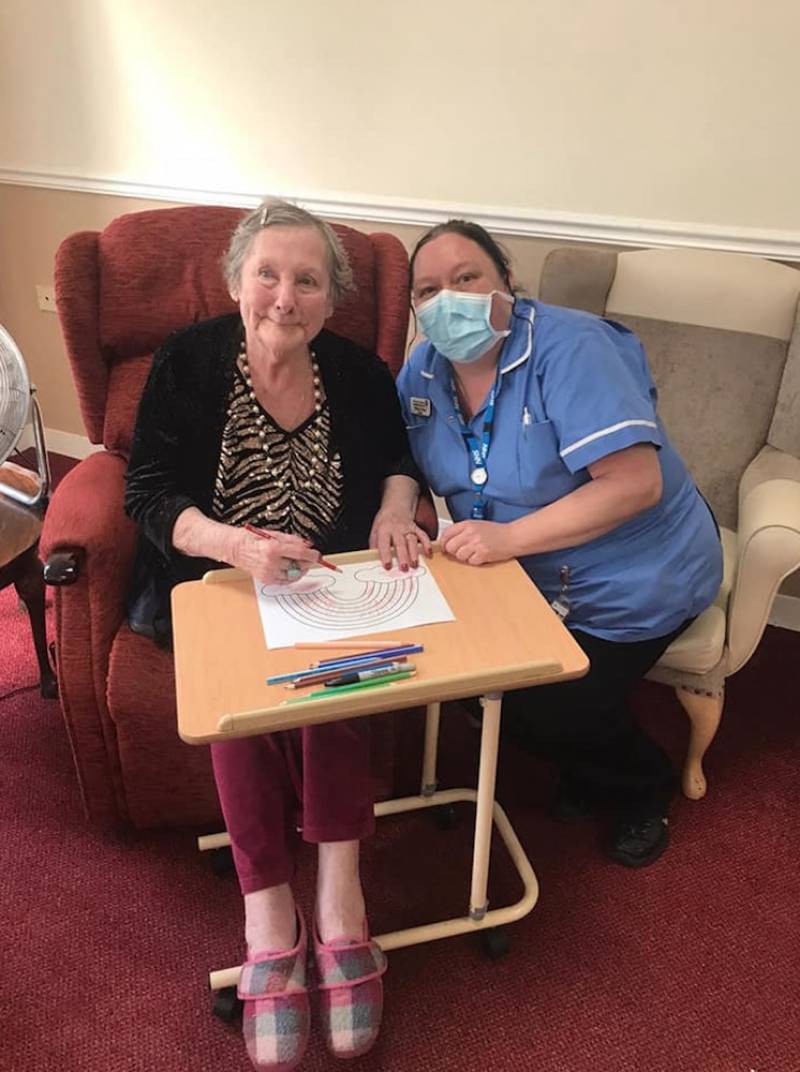 A CARE home in Barnsley is taking a joyful approach in difficult times by boosting morale through singing and dancing with its residents.

Staff at Orchard View Residential Home, on Gawber Road, have been keeping their residents’ spirits high despite the difficulties they face following the coronavirus outbreak.

Gemma Glittens, a 35-year-old care worker, said: “We’re singing and dancing all the time to keep morale high in the home, and it’s working really well at the minute.

“The staff here are re-enacting the famous scene from Dirty Dancing, so I’m hoping that goes better than planned.

“We even had a birthday party for one of the staff last week because obviously they weren’t able to do it at home – it’s things like that which are really keeping us going at the minute.”

Staff are filming everything they do and posting it on social media, to cheer up people who may be in isolation, as well as ensuring that loved ones of the 37 residents are able to see what they’re getting up to.

“Families are getting to see their loved ones for the first time in a while, and the response we’re getting from the local community in general is amazing,” Gemma told the Chronicle.

“We’ve had family members ring up crying, being extremely emotional and grateful that we’re posting these videos.

“Every post we’re doing at the minute seems to be getting a lot of views which is obviously really nice to see, it shows that people care about the work we are doing.”

Stacey Forbes, who also works at the residential home, celebrated her 40th birthday at the facility last Friday.

She told the Chronicle: “We had entertainers planned at home for it but for obvious reasons this was unable to go ahead.

“Managers and staff decided it would be a good idea to host my party there, and it really boosted morale for everyone, not just the staff.

“We all managed to have a nice sing and dance and play some party games, it made us all forget about what was going on and I think that’s really helpful, especially in difficult times like these.”

Her partner, Dave Hood, who lives on Wilthorpe Avenue, believes that care workers aren’t getting as much praise and support as they deserve.

“You see loads and loads of stories online about other professions like wagon drivers, and I appreciate the work they’re doing, but I feel as though care workers are being left out,” he told the Chronicle.

“They’re still having to deal with people who have symptoms like anyone else is, and they’re going to work every day, I just don’t like to see the hard work they’re all putting in during this tough time ignored.

“Everyone who works there deserves a lot of credit, they’re making people happy on a daily basis and it’s exactly what you need in times of crisis like these.”

Stacey believes that it’s challenging circumstances like these that bring people closer together, and as a community people need to be doing exactly that.

“Everyone here is pulling together as a team to make the best out of a bad situation, and we really hope that we’re making a difference, and so can everyone at home.”