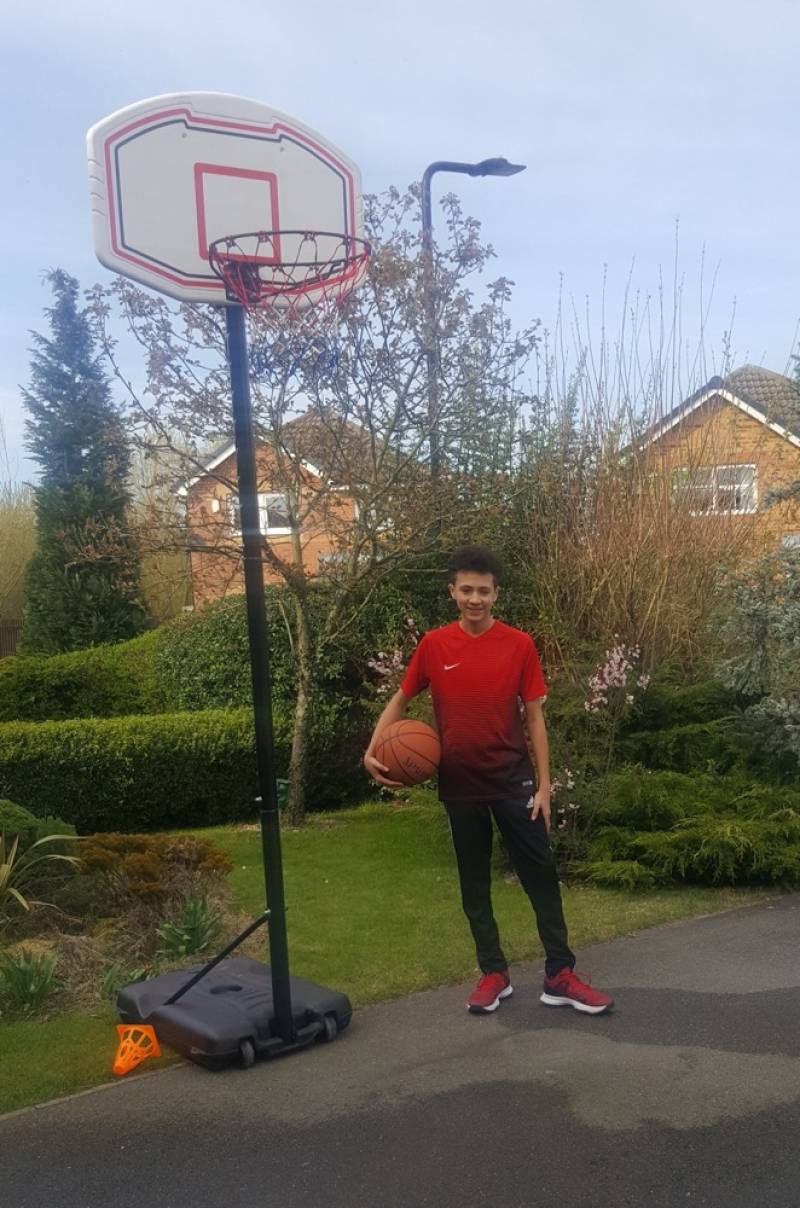 BASKETBALL talent Jake Bolessa is aiming higher than the hoops he shoots.

The 12-year-old starlet is aiming for a professional career on the court after quickly getting to grips with the skills required in just three years of playing the game.

Jake, of Gorse Close, Brampton, has been put forward by coaches at his local club, Wombwell-based Barnsley Leaders, for Basketball England’s Aspire programme.

This puts the best of the best youngsters on a pathway to the top and Jake takes part in training sessions around the county with the other promising players aged between 11 and 15.

Jake’s form playing for Barnsley Leaders this season has impressed seasoned coach Bert Beaumont and the Wath Academy pupil’s dedication is also pleasing for his parents Pete and Amanda.

Amanda said: “He is already the same height as me, five foot five, which helps, because he has got long arms and legs.

“This year has been the turning point. He is driving to the basket and Bert is saying that he is doing exactly what he wanted him to.

“He is definitely making improvements. His goal is to become a professional basketball player and he has written that in his school work. He wrote that he was thankful for all the lifts – but we don’t mind because he really enjoys it. He would play basketball every day if he could.

“He has got his head screwed on.”

Jake plays guard for the Leaders but also as a goalkeeper for his school’s football team and dad Pete feels that is also aiding his development.

He said: “There are a lot of transferable skills. Obviously catching the ball and then hand-eye co-ordination. That applies to both sports.

“I am a fan of the American sports but there aren’t many basketball teams around.

“We looked for him a second sport, found the advert for basketball, and he hasn’t looked back.

“He watches the NBA games and his favourite players are James Harden and Steph Curry.”

Jake’s progress is not being stunted by the coronavirus outbreak as he has a basket to practice with on his drive.

“We are moving the cars off the drive and letting him practice his skills every day,” added Amanda.

“Because he’s growing so much he’s finding it a bit easy so we have ordered him a professional spring-loaded one.”

Jake’s progress has earned him a nomination in the Young Sporting Star category.