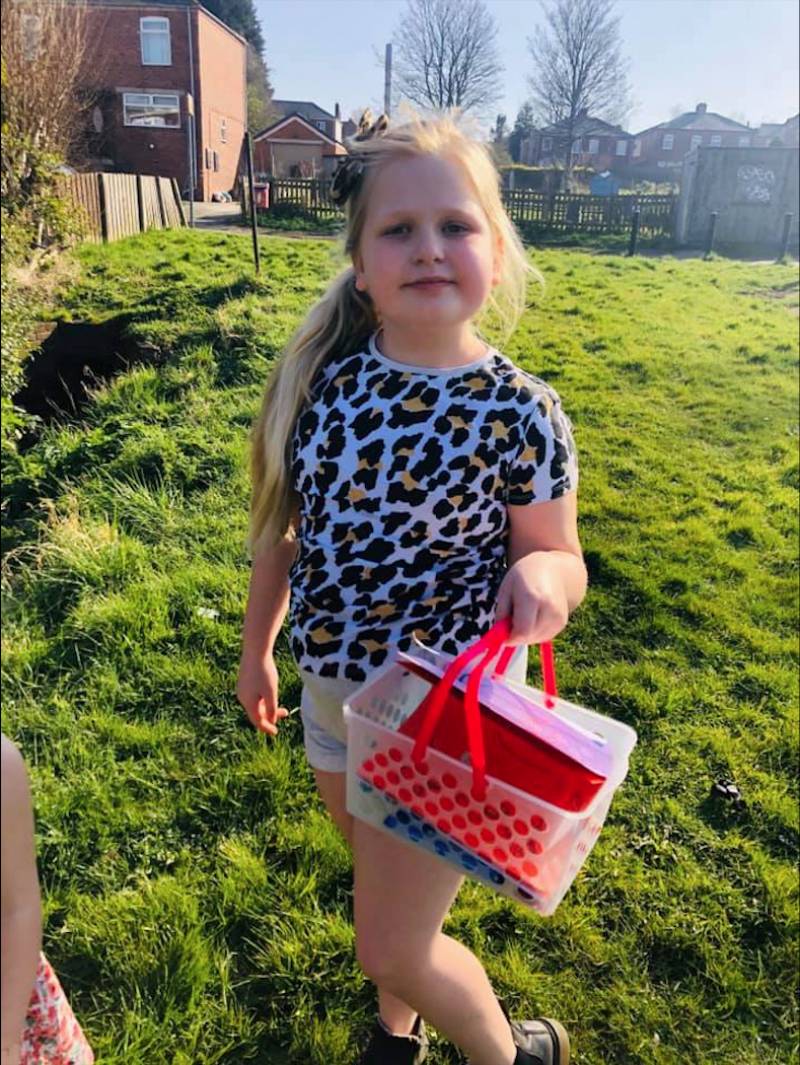 A YOUNG girl has been praised for her kindness after she posted thank you notes on NHS workers’ cars who are on the frontline during the coronavirus pandemic.

Ava Rollinson, nine, of Walton Street North, Gawber, spent the afternoon last Thursday creating notes for the doctors and nurses who park on her street, and in the car park close to her home.

In addition to the notes, she also gave each car a small bag of sweets.

Ava’s mum, Bethany Perry, told the Chronicle how Ava was keen to give frontline staff ‘something to smile about’.

“She wanted the doctors and nurses to have a little treat for when they finished their shift,” she said.

“She came up with the idea herself and sent about two hours creating 40 thank you notes and together with her sister, Sailor Beau, four, we walked around the street posting the thank you notes on the car and in the nearby staff car park.

“Ava understands how hard the doctors and nurses are working and she’s noticed how much later they are returning to their cars due to this pandemic and she wanted to do something to help.

“The same night Ava was standing outside and saw a doctor pick up the thank you note. He came and thanked her and said it really made his day which was very emotional to hear.”

In addition to this, Ava has also been posting pictures of rainbows through people’s letterboxes on her street for them to pop on their window, as part of the #spreadthecolour campaign, which aims to bring smiles to passers-by during the pandemic.

“Ava has really enjoyed doing her little bit for the community. We are so proud of her she is a very kind-hearted girl.”

Her actions have also seen Ava nominated for a Young Champions award.

Bethany said: “It’s surreal that she has been recognised for what she has done. Ava loves to help where she can and it’s lovely that she’s been nominated.”