Mining wheel landmark to be re-sited 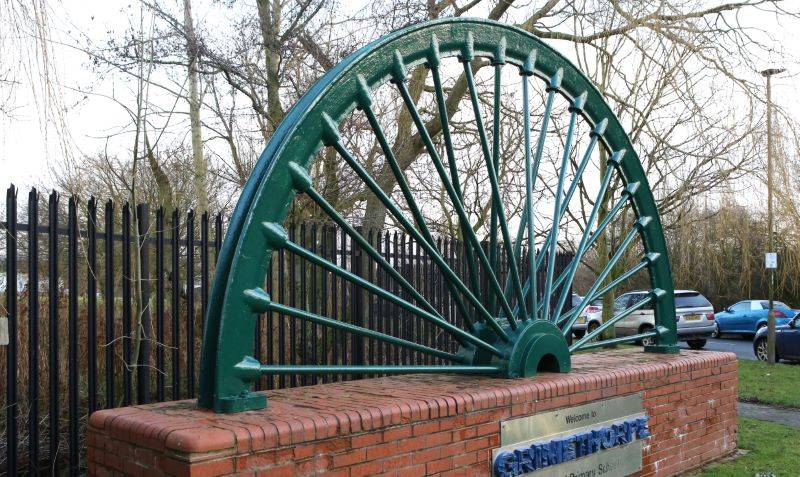 A MINING wheel landmark which was due to be re-sited in a village following its sudden removal has been delayed.

The pit wheel, which was situated on the former Willowgarth High School site on Brierley Road, Gimethorpe, was removed by housing developer Saul Homes in 2018 to make way for a 97-home estate.

Despite the housing developer removing the wheel to ‘prevent it from being damaged’, the firm had no permission to do so and calls were made by residents to return the wheel, which is one of two mining landmarks at either end of the village.

The wheel was due to be placed at the entrance of the former school site, however it has been delayed by a further eight weeks due to the recent bad weather.

Coun Jeff Ennis, who went to visit the site, said: “I and my fellow councillors Dorothy Higginbottom and Anita Cherryholme had a meeting with the site manager, Matthew Smith, who said that due to the extensive rain we had the site experienced flooding.

“This has caused delays of around eight weeks as the developers play catch-up as a result of the weather.

“The wheel is currently being repainted and a stone wall will be built at the entrance to the former school site and the wheel will be re-erected as quickly as possible.

“We haven’t forgotten about the wheel and we know how important it is to have the wheel back in the village.”