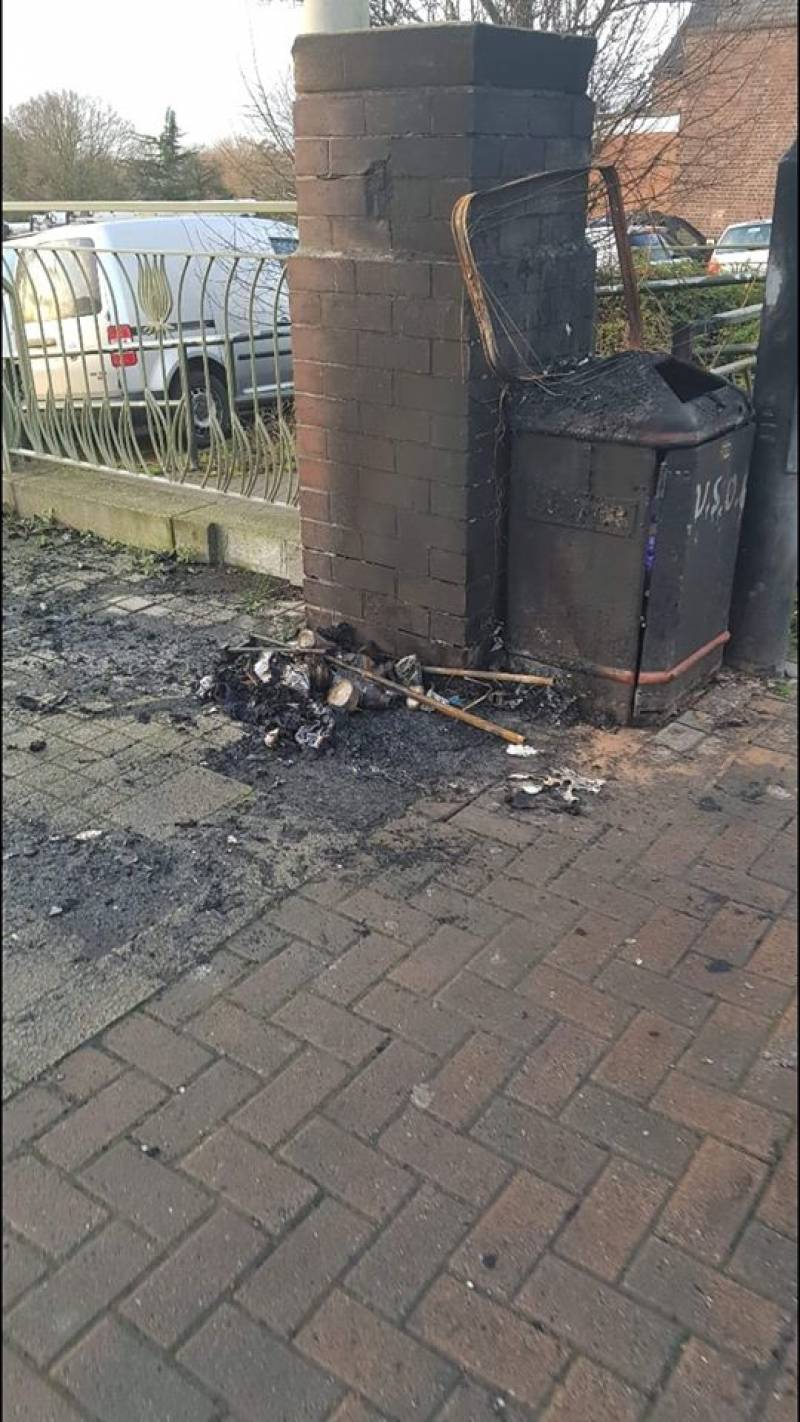 A SPATE of ‘deliberate’ fires across a village are allegedly being started by youths, a meeting was told.

Concerned Royston residents spoke of their anguish over the number of fires occurring across the village, and called for urgent action to be taken at the Royston and Monk Bretton PACT meeting.

According to residents, instances of arson have been occurring since November however since January the problem has escalated.

The meeting was hold how one resident, who lives on Godley Close, had rubbish thrown over her fence and set alight which was also set her back door on fire, causing the glass in the door to explode. Had the woman been out of the house, the fire would have spread.

The Chronicle contacted South Yorkshire Fire and Rescue who confirmed that since the beginning of the month, seven fires have been reported, and the majority have been rubbish and recycling bins set alight.

More recently, temporary traffic lights on Lee Lane were set alight in the early hours of Sunday morning, where road works are currently in place and motorists travelling into Royston are using the wrong side of the road at the new roundabout.

Sgt Richard Wilson said: “This is a cause for serious concern and when you see deliberate fires the police need to be contacted in addition to the fire service so we can log it.

“Our figures for arson are badly underrepresented and it’s hard to distinguish a pattern for us to monitor behaviour.”

The number of youths causing havoc in Royston was a hot topic due to the increase of graffiti, throwing paint at the Salvation Army building and breaking glass that had been recycled in the bins at the Co-op car park on High street.

Coun Makinson also said youths had damaged the roller shutters on the Pavilion.

Residents also voiced their concerns at some youths wearing masks, in a bid to intimidate and hide their identities. They called for police to carry out stop and searches which Sgt Richard Wilson said is not a power they can abuse.

He said: “Police do have powers in certain circumstances but you cannot search a person without having reasonable grounds to do so.

“We have to be careful how we use it.”

Coun Makinson said that a long term strategy needs to be implemented in Royston for children as she believes budget cuts have left kids suffering with nothing to do.

“We have the Pavilion which was for kids and it used to be used as a youth centre,” she said.

“It’s recently been refurbished and is used by football teams but there is a vision to turn it into a youth centre. Our only barrier is that people need to get involved. If the children have positive role models and people who are willing to help, there is no reason why we can’t get this up and running.

“There is a charity called the Youth Association which is currently doing outreach in Royston on Wednesdays, encouraging youths that are seen hanging on the street to participate in activities. We need to do more however to try and curb this issue as there is little for kids to do when school is closed.”

Sgt Richard Wilson said the PACT priority will be to focus on arson across Royston and encouraged people to email BarnsleyNorthEastNHP@southyorks.pnn.police.uk to report any incidents.