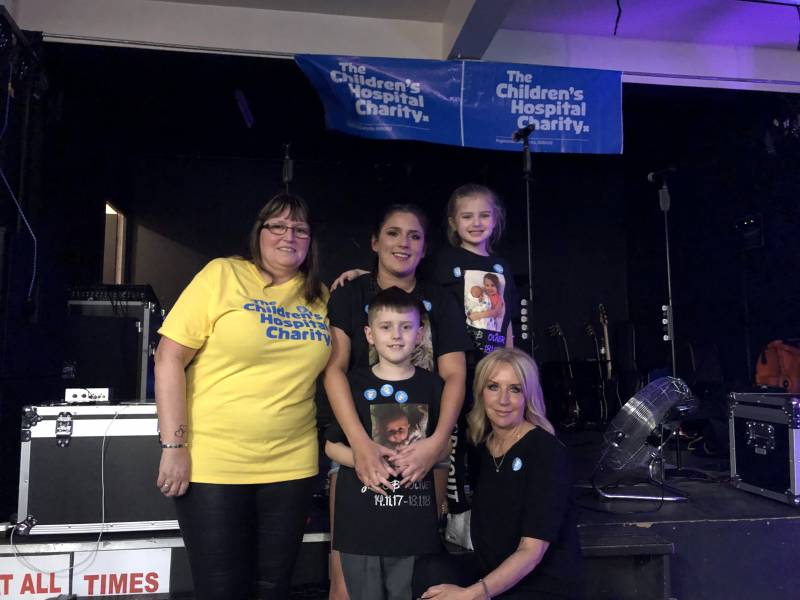 THE family of a baby who died suddenly at just nine weeks old have raised more than £5,000 in his memory.

Jacob Oliver Clancy died on January 18 2018 and following his death he was taken to Rose Cottage in Sheffield – a mortuary for children.

It is run by a team that includes specialist paediatric pathologists, technicians, scientists and other health professionals, to ensure the correct care for the child and support for their family. On Friday the family held a fundraising night at the Royston Midland Working Men’s Club which included a raffle and a free performance by drag queen Lady Bacardi and band Fully Lynched.

More than 150 people turned up to the event which raised £5,048.98 for the Sheffield Children’s Hospital Charity.

Jacob’s mum, Jacklyn Clancy, said: “I’m the lucky person who gets ultimate privilege and honour of calling Jacob my son. He was the most amazing baby. I feel lucky that he was my son and this was for him. I’m blown away by how

many people came to support this event.

“If I knew it was going to be as successful as it was I’d have booked a bigger place.

“I wasn’t expecting so many people to show up and I want to thank everyone who has donated money, raffle prizes and their time.

“I know that Rose Cottage, who are in the middle of refurbishing, will make use of the money and it’s something I want to try and do annually.”

Jane Darby, fundraising hub officer at The Sheffield Children's Hospital Charity said: "A huge, heartfelt thank you to everyone involved in the fundraising day in memory of Jacob. The total raised will make a massive difference to the service at Rose Cottage and families at such a difficult time."