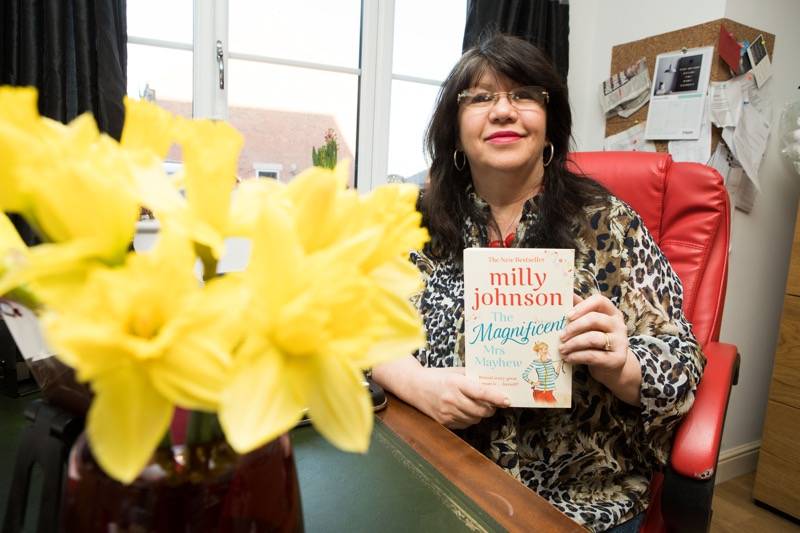 BARNSLEY author Milly Johnson is set to receive a prestigious award for her contribution to romantic fiction.

The Romantic Novelists’ Association (RNA) is an organisation which promotes romantic fiction and encourages good writing and it also runs the Romantic Novel of the Year Awards, which recognises excellence in romantic novels.

The RNA announced that Milly Johnson will be the recipient of the 2020 Outstanding Achievement Award, in recognition of her contribution to romantic fiction.

Milly said: “In the world of romantic fiction this award is as big as receiving a Booker Prize. It’s lovely that I have been recognised as a writer I’m still processing it. It’s very warming.

“This award has been the push I needed. Losing my dad last year and losing my godfather two weeks later knocked me, it’s not been easy. I ended the year a bit lost but this recognition and award has given me such a wonderful injection of energy.

“My dad is usually the first person I’d call and he’d never have dreamed I’d get this but he was able to see me achieve so much which is a silver lining.”

Milly will be presented with the trophy in March at the annual Romantic Novel Awards which will take place in London.

RNA President Katie Fforde said: “Milly Johnson is such a deserving recipient of this award. She is one of the shining stars of our industry.”

Milly rose to fame in 2004 when she released her first novel The Yorkshire Pudding Club.

Shortly after her novel was released, she starred in Channel 4 programme Come Dine With Me – and won.

Milly is now one of the top 10 female fiction authors in the UK, having written 17 novels and sold millions of copies of her books worldwide.

Next month, her novella, The Little Dreams of Lara Cliffe, will be published as she’s been picked as an author to take part in The Reading Agency’s Quick Reads 2020 campaign.