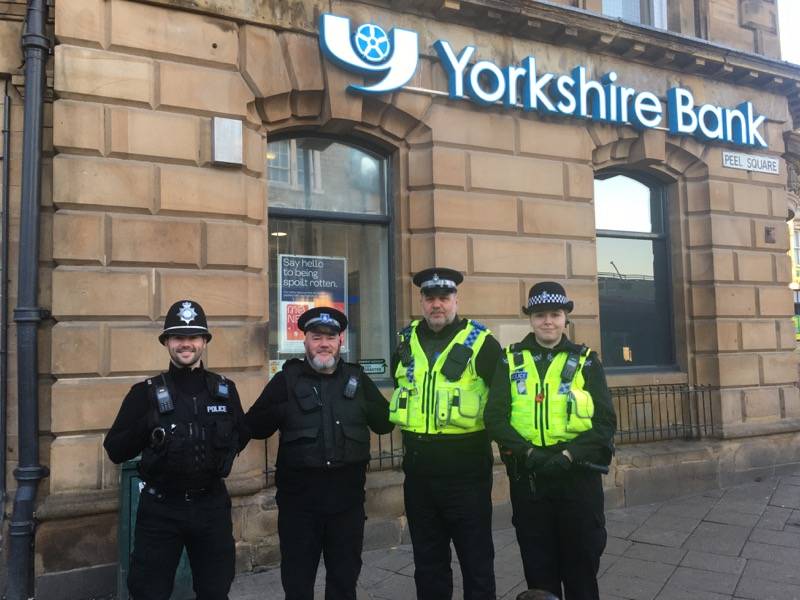 A FOUR-DAY operation which saw police flood Barnsley town centre to crack down on antisocial behaviour including drug abuse last week has been hailed a success.

Operation Barossa, an intelligence-led scheme which aimed to tackle the misuse of drugs and criminality in the town centre between Tuesday and Friday, saw a marked increase in presence and stop and searches carried out by patrolling officers.

More than 40 people were stop-searched, while dispersal orders – which ban people engaging in antisocial behaviour from entering the town centre – were handed out to more than a dozen offenders.

The recently-upgraded CCTV cameras within the town centre, now continuously monitored by operators, were cited as a key reason in why Barossa was a success.

“We will continue to use our powers to send out the message that antisocial behaviour and drugs will not be tolerated.

“Over the four days, officers focused their attention on Peel Square and the pedestrianised precinct following concerns from businesses and members of the public.

“I would like to thank those who stopped to speak to our officers and thanked them for their work and what we are doing as it means a lot.”

It was the second time the operation – borne out of concerns raised by businesses and from shoppers’ surveys – took place in the town centre and more prolonged spells of presence have been promised.

Spice – a former legal high – was high on officers’ radars and one 32-year-old man was found in possession of the drug after a CCTV trawl revealed he had attempted to conceal a package.

According to police figures, just 20 incidents of spice abuse were reported in Barnsley town centre in 2017, something which grew to 136 last year, leading to a public space protection order (PSPO) to be widened and extended until 2022.

A police spokesperson added: “We focused our attention on the Peel Square areas following concerns from businesses and members of the public.

“The presence of the officers resulted in a significant reduction in antisocial behaviour.

“The CCTV cameras within the town centre have recently been upgraded and are continuously monitored by skilled operators.

“These operators feed directly into our neighbourhood team officers and this real-time information enables them to respond quickly to incidents of antisocial behaviour or suspected drug dealing.

“While a few individuals displayed their unhappiness at our officers being in the town centre by spitting at their cars, the majority of people stopped to talk to officers, thanking them and sharing their appreciation.”