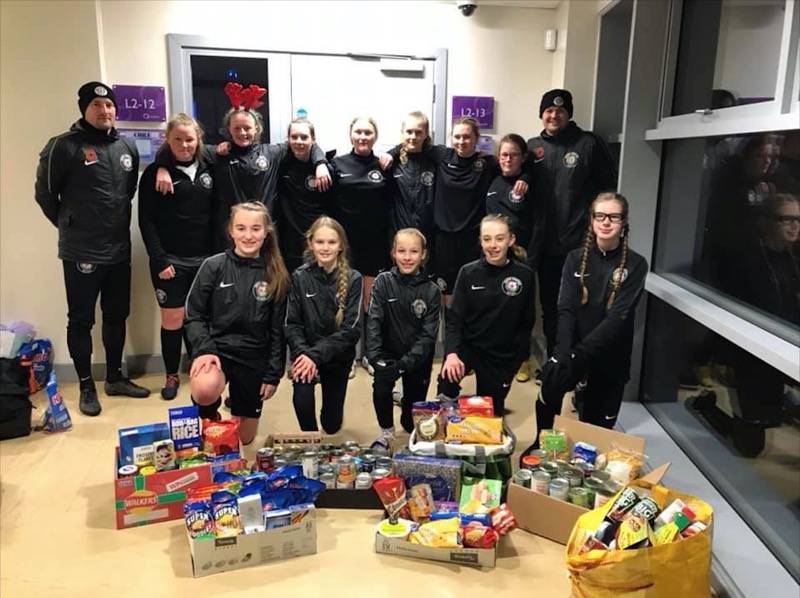 A GIRLS’ football team based in Royston capped off its first year in the game with a donation to a local foodbank.

SAFG United, based at Rabbit Ings in Royston, made the donation of several boxes of food to Barnsley Churches Drop-In Project.

And coach Craig Marsh, who started SAFG alongside fellow former Barnsley Ladies coach Chris White, said the pair had aimed to regularly get their players – which now number 34, spread across three teams – involved in such community activities.

“We’ve collected every year, starting when we were at Barnsley,” said Craig. “It’s a good message for the girls to learn to give something back to the community.

“They’re setting standards for the younger ones coming through as well.

“We give a lot of time to these things and the kids support it all.

“It’s not just about SAFG, it’s about Barnsley.”

Craig and Chris had been fundraising with Barnsley Ladies for four years before they set up SAFG, initially based at Royston Welfare Park before they moved to Rabbit Ings in July.

The club will also be installing a defibrillator at its new ground, with players all taking first aid courses and being trained to become comfortable using it.

It’s hoped the defibrillator will be in place by the time the club hosts its own football tournament in June, as the club continue to transform Rabbit Ings into a ‘sports hub’.