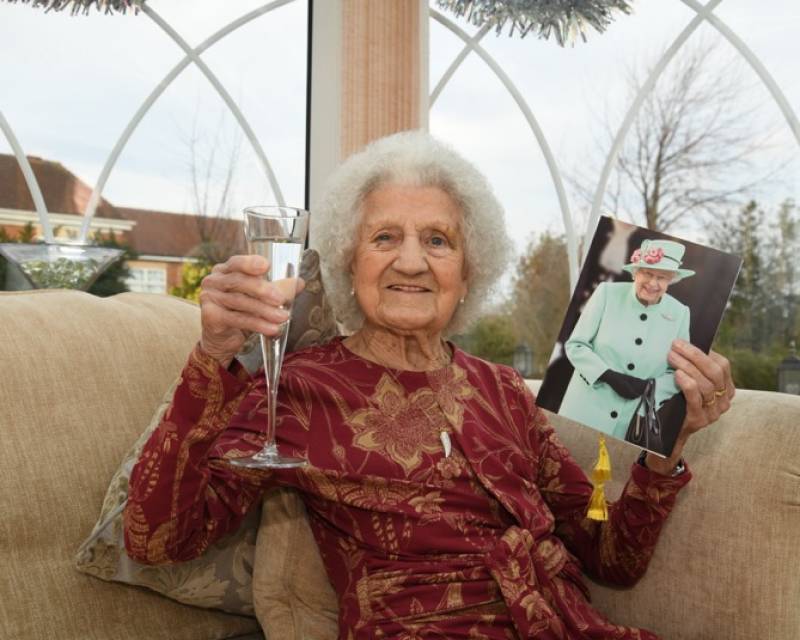 A WOMAN enjoyed a double celebration on New Year’s Eve as she rang in the new year and celebrated her 100th birthday.

Clarice Wood was born on New Year’s Eve 1919 and celebrated her 100th birthday on Tuesday surrounded by family and friends.

Born in Grace Street, Barnsley – which is now Union Street – Clarice grew up with her two sisters Annie and Winnie before she married husband, Harry in 1940 and moved to Worsbrough Common where she still lives today.

She worked at a bobbin mill, as a conductress with Yorkshire Traction and then at the Co-op until she retired in 1985 when she was 67.

“She has always been a very sociable person,” said Clarice’s daughter, Anne Nelson. “She loves to sing and have a laugh with people. She still lives on her own, even now, but she won’t be moved. I think it keeps her going which is great.”

To celebrate Clarice’s birthday, Anne threw her a party for all the family to get together and celebrate, as well as bring in the new year.

“We had a party and she threw in a couple of songs and had a dance. It was so nice to get everyone together to celebrate.”

Despite making it to 100 years old, Clarice doesn’t have any advice for living a long life and is taking her age in her stride said Anne.

I would say eat a good meal,” added Anne. “My mum eats whatever she wants when she wants it and I think that has helped her to reach 100.”

Clarice was also treated to a trip to Blackpool last summer to mark the occasion where she celebrated alongside her two children, four grandchildren and nine great-grandchildren.