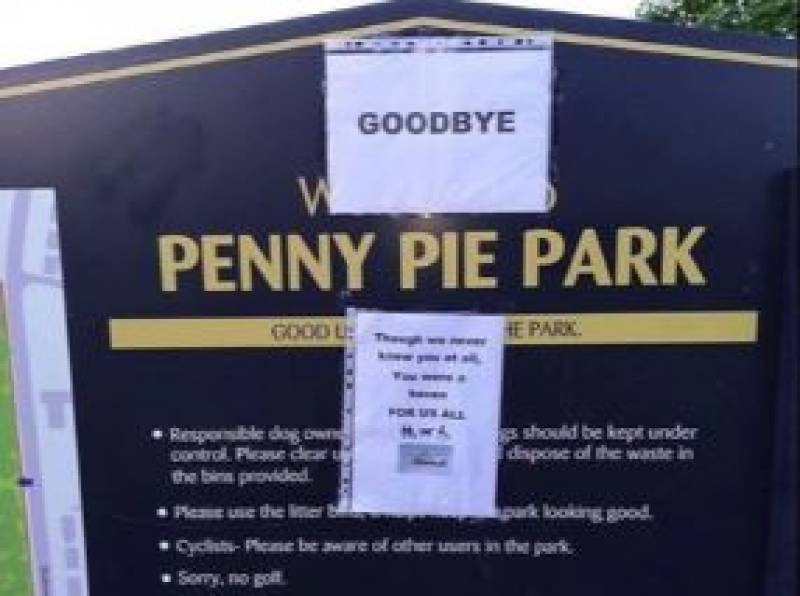 DETAILS of exactly how Barnsley’s Penny Pie Park is expected to appear after a new one-way traffic gyratory is constructed on the site have been made public as part of a planning application – along with the measures intended to protect trees which will remain on the site.

The decision to put a new road through the park, at the Dodworth Road crossroads between the town centre and Junction 37 on the M1, were highly controversial with a high profile campaign to fight the development.

Barnsley Council argued there was no other viable option, having considered around three dozen alternatives, and pressed ahead with the plan eventually winning council backing and then getting necessary planning permission.

A further application has now been made, with proposals for a detailed layout of the park and how measures to protect neighbours from noise and to safeguard the trees which will remain in place, outlined.

The application also shows a proposed location for a wildflower meadow, play facilities including a ‘MUGA’ games area and access for fairground vehicles – suggesting the council envisages the central area of the park, which will be surrounded by road, as remaining suitable for the travelling fairs which use the existing park.

A three metre high acoustic fence is expected to be installed along the perimeter of one side of the development to shield nearby homes from noise, with other measures taken elsewhere on the site.

Trees to be protected would be protected by ‘exclusion zones’ with fencing to ensure they were safe from damage above ground and also to their root systems.

Specimens expected to be removed as part of the development near to trees scheduled to remain would be subject to similar protection, until work to remove them commenced.

While 58 trees on site are set to remain, more than 70 will be removed but the council is intending to replace them with more than 100 new examples.

A decision on whether to approve the plans will be made later.

The new ring road is regarded by council planners as necessary to keep traffic flowing on one of the key routes in and out of the town centre, along with the M1 link.

Their plan avoids the need to lose any homes in what is a densely populated area but objectors have argued the scale of congestion is not as severe as council assessments suggest and that other avenues for controlling traffic density have not been sufficiently explored.