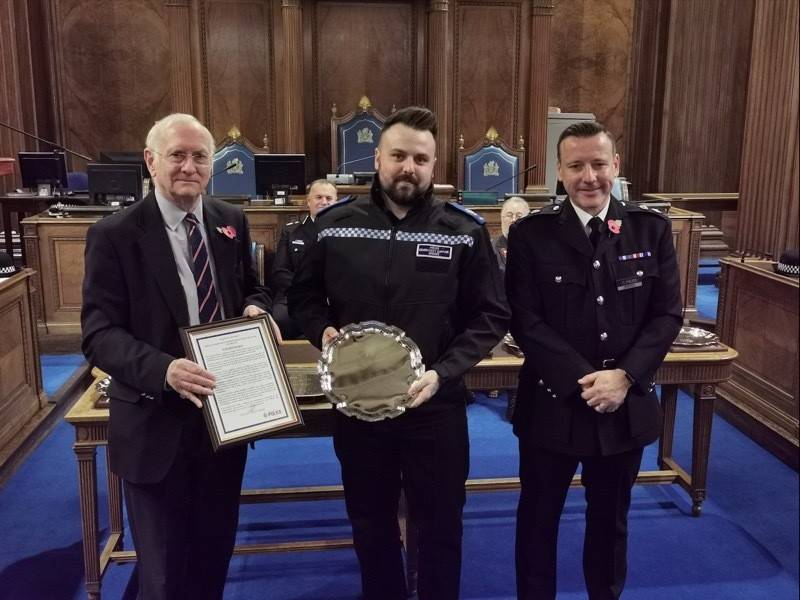 A POLICE community support officer (PCSO) from Barnsley has been awarded for going ‘above and beyond’ to ensure the deaf members of his community feel supported and have confidence in their police force.PCSO Tom Berry, who is described as being ‘incredibly enthusiastic’ and performing at a level ‘far beyond his short length of service’, is part of the Barnsley South East Neighbourhood Team and covers the Dearne area of Barnsley.After hearing that members of the local deaf community lacked confidence and understanding of the police, which would leave crimes unreported, Tom set out to change this.

The officer set up meetings with a local deaf group Deafinitions to understand the issues they face and how he could resolve them.With communication barriers, he created an educational presentation that raised awareness on how to report crimes and the SMS text service available for those who cannot call 999.To commend his actions, Tom won the award for PSCO of the Year for his actions at the district’s awards, held at the Town Hall last Wednesday.Chief Superintendent Scott Green who presented PC Berry with his award said: “PC Berry was awarded this award in recognition of the excellent work he has carried out to protect the vulnerable members of his community.“He should be proud of his efforts and achievements; he is a worthy recipient of this award.”