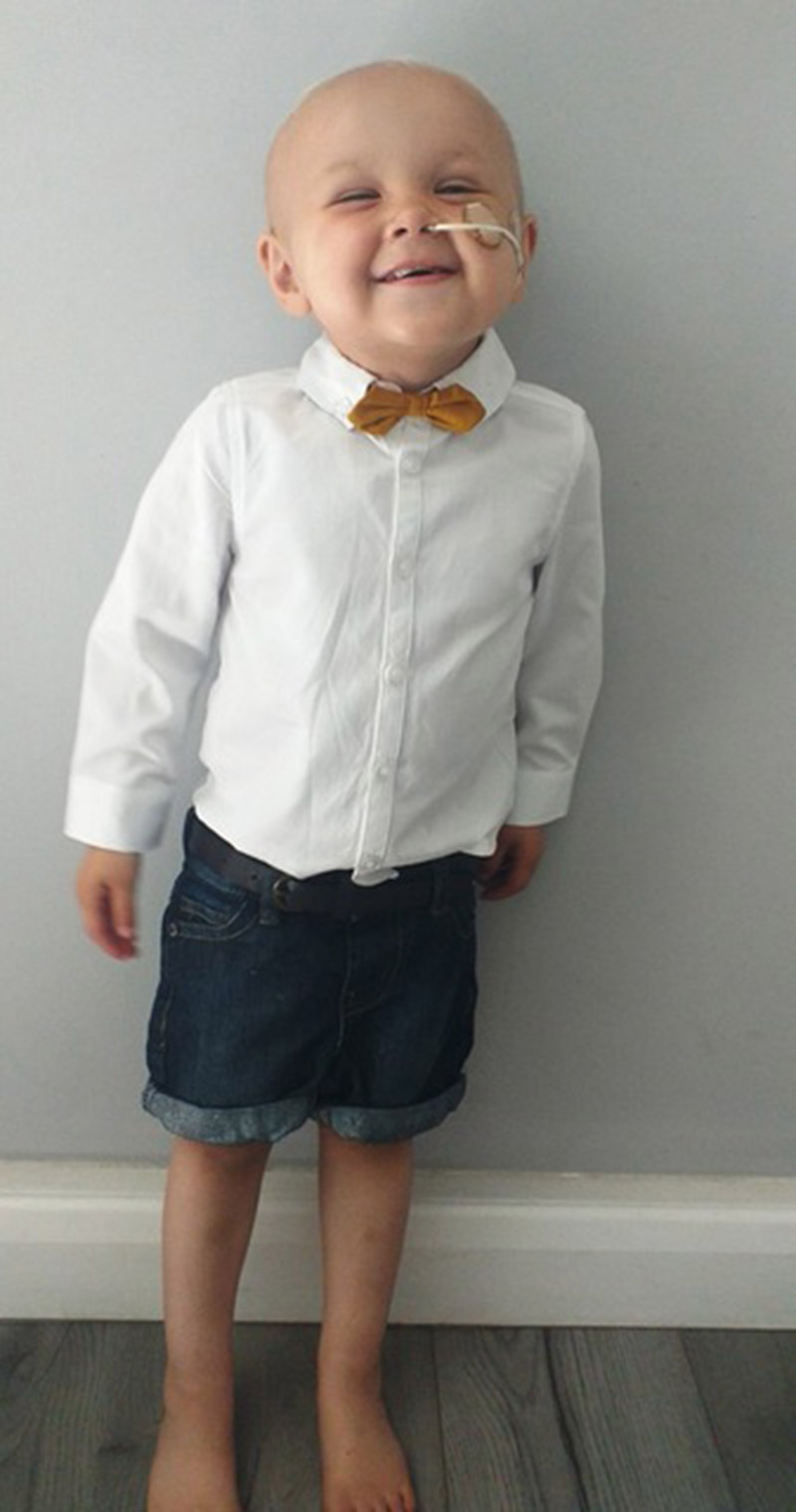 A THREE-YEAR-OLD who is smiling his way through gruelling cancer treatment and his family are encouraging people to get involved in a campaign to support other children with the illness.

George Singleton was diagnosed with stage four neuroblastoma when he was two years old, and was initially given a 30 per cent survival rate as doctors started immediate treatment.

The youngster from Penistone is in the midst of 18 months of chemotherapy and radiotherapy at Sheffield Children’s Hospital, but his family – who have recently hit their fundraising target for an end-of-treatment trip to Disneyland in Paris for George, his sister Polly-Anna and brother Deacan – are encouraging others to support a scheme to make sure other children survive cancer.

Give Up Clothes for Good, run by Cancer Research UK in partnership with clothes shop TK Maxx, sees clothing, accessories and homeware collected by TK Maxx and sent on to the charity.

Mum Claire Denton, 29, said she hoped the family could encourage others to get involved in the ‘vitally important’ campaign.

“Now we are counting down the days until early next year when George finishes all his treatments and can hopefully get back to being just like any other little boy and enjoy his trip to Disneyland.

“And we know that it will be thanks to research which developed these treatments that will help him do just that. That’s why we know raising money for Cancer Research UK is so important.

“George and all of us will be having a good clear out at home and finding clothes and items to donate to our local TK Maxx store in Barnsley, including lots of Polly-Anna’s baby clothes as she is growing so fast.”

George’s tumour has shrunk and his survival rate has been raised to 50 per cent, and while it is now stable it’s currently inoperable as it’s wrapped around a main artery.

He has around five months of treatment left to kill any remaining neuroblastoma cells. People can donate at the TK Maxx shop in the Alhambra centre, with each bag of clothing potentially raising £30 for Cancer Research UK.