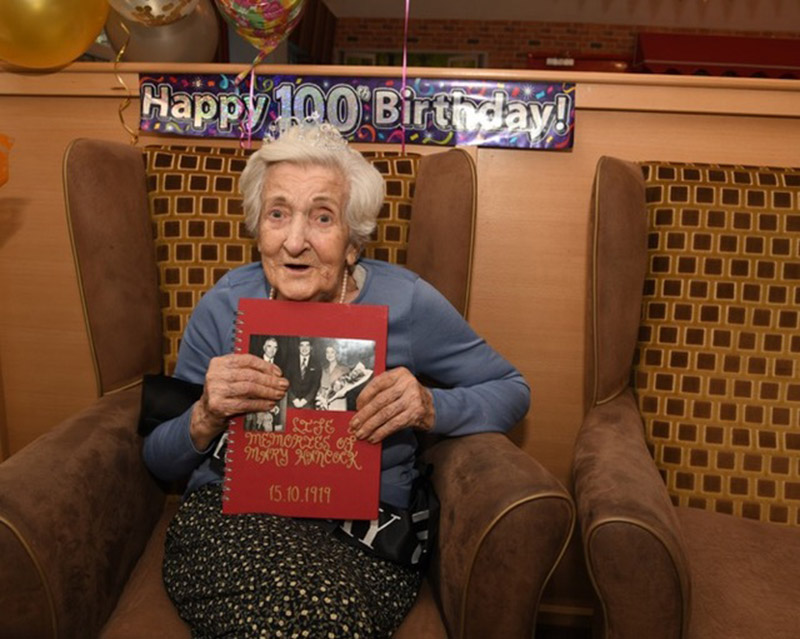 A WOMAN who worked in a factory that built Lancaster Bombers during the Second World War celebrated her 100th birthday surrounded by family and friends.

Mary Hancock was born October 15, 1919 to parents Muriel and Squire Smith and she grew up in Wakefield with her two brothers, Jack and Ken.

In 1933, when Mary was just 14, she began working as a maid for a family in Sandal, and later worked in a mental hospital as a nurse until the middle of the Second World War.

In 1942, Mary began working at a Lancaster bomber assembly unit near Leeds where she worked until the end of the war in 1945.

“She has been very active during her life,” said Mary’s son, Tim Hancock.

“She used to to work in an underground warehouse assembling Lancaster Bombers during the war. She always said she made some great friends while she worked there and she remembers it fondly.”

After the war, Mary married Herbert and together they had three sons; John, Peter, and Tim.

“My mum used to go to the bingo and she always liked making things; she used to have a sewing machine and would make clothes and curtains. She used to be really good at the crosswords and could do Countdown quite easily.”

To celebrate her birthday, staff at Holly Tree Care Lodge, Shafton have organised a party where Mayor of Barnsley Coun Pauline Markham will attend.