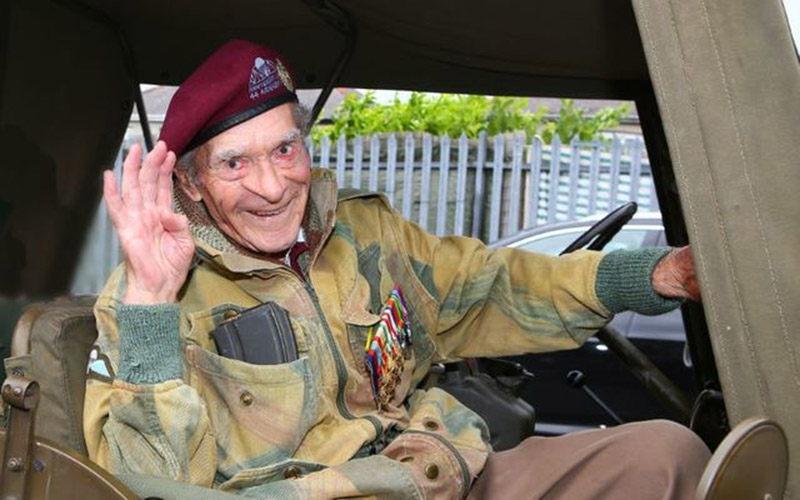 A MUCH-loved Second World War veteran – the last of his squadron – was driven in a military Jeep to a surprise party to celebrate his 100th birthday.

Tom Hicks, born August 14, 1919 is the last surviving member of the First Parachute Squadron RE which he joined when war broke out in 1939.

On Saturday he was surprised by members of the veteran’s breakfast club, with a birthday party held at Darfield WMC, Cudworth.

Tom arrived to the party in an army Jeep with a police escort and enjoyed entertainment from a 1940s performer and Quicksilver Military Bugle Band.

He was also joined by Ben Parkinson, Britain’s most injured soldier, who attended the celebrations.

Dan Jarvis, MP for Barnsley Central and who himself served with the First and Third Battalions of the Parachute Regiment, said: “I’d like to wish Tom Hicks a very happy 100th birthday, it’s a tremendous milestone to reach.

“Tom represents the very best of our country and sets a shining example to us all. This generation, and future generations, owe him and his comrades an enormous debt of gratitude for their bravery throughout the Second World War. The freedom we enjoy today are because of their heroism and their sacrifice.

“I hope that Tom had a truly wonderful birthday and celebrates many more as a centenarian.”