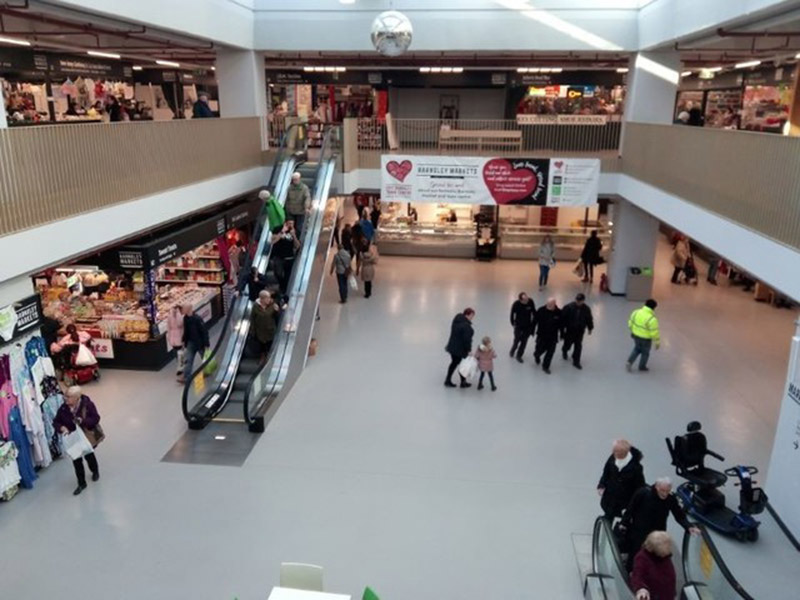 FORMAL contact between Barnsley Council and the town centre’s official market traders’ body has been broken off as their relationship plunges deeper into acrimony following a move to the new flagship Glass Works complex.

The row escalated after the Barnsley branch of National Market Traders’ Federation released details of security problems around a car park their members use.

The council subsequently complained to the national NMTF and has said formal liaison meetings will remain suspended until that dialogue is concluded.

One meeting has already been cancelled as a result, deepening a rift between the two organisations which has been growing since the Glass Works’ new market hall opened last year.

Barnsley Council insist the new development, which houses the market hall, is performing to plan with increasing footfall from customers and satisfied traders.

However, traders have raised a string of issues since they moved in over the autumn and winter, particularly around new contracts which require six-day trading to bring the market in line with shops, arguing there is too little trade to justify that.

The latest situation erupted when the council’s head of economic development, Paul Clifford, wrote to the group’s president to say he was contacting the national NMTF and was ‘temporarily standing down liaison meetings until I have received a response from the national body’.

Security concerns had been raised at a liaison meeting in June, but a vehicle was stolen and another damaged last month as problems continued.

Mr Clifford said in an email to the NMTF’s Barnsley group president, explaining his decision: “It was extremely disappointing to see the comments on behalf of the Barnsley branch of the NMTF in the local media before the council has had an opportunity to progress this area.

“Unfortunately this is just one of a series of such incidents recently which are counter-productive to the positive working relationship which we have worked hard to build and sustain with the NMTF and also damaging to the reputation of the market.”

Barnsley Council has declined to comment further, with a spokesman stating: “We are in discussions with the NMTF’s national body and will provide an update on the outcome of these discussions in due course.

“In the meantime, the council is available to discuss any concerns that traders may have with them directly as is always the case.”