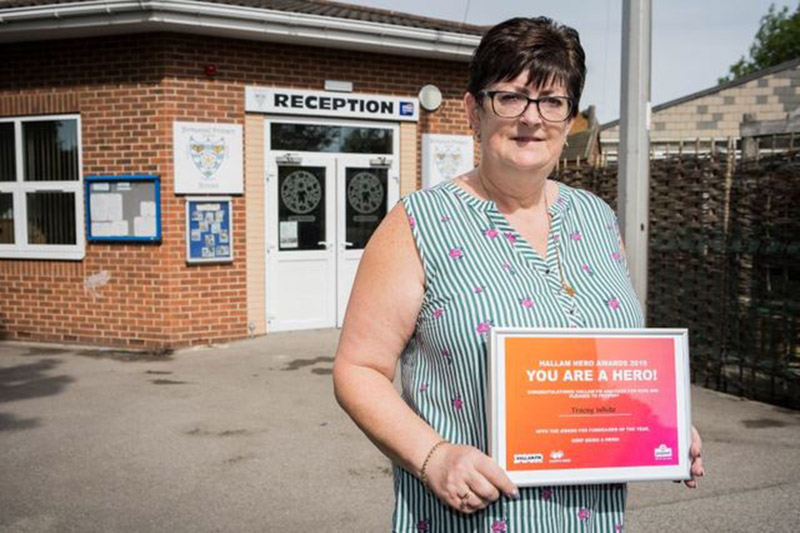 A TEACHING assistant who has helped to raise over £70,000 for her school has won an award in recognition of her efforts.

Tracey White, 55, has worked as a teaching assistant at Birkwood Primary School for 14 years and each year she raises between £5,000 and £7,000 which helps bring the price of all school trips down to just £5.

Throughout the year Tracey holds raffles, sponsored walks, Christmas fairs and bingo to raise money for the school and has raised more than £70,000 over the years.

“I first joined the school as a dinner lady,” said Tracey, 55 from Kirkwood Avenue, Cudworth.

“Then a friend persuaded me to join the committee and it’s all sort of gone from there. I can’t believe I’ve been fund-raising for 14 years and I didn’t know the total amount I had raised until last week.

“You just don’t realise how much it all adds up over the years.

“I want to ensure that our children only have to pay £5 for their school trips, I love seeing the children enjoy their trips and knowing I helped to raise the money so they can enjoy it makes it all worth it.”

To recognise her fund-raising efforts head teacher, Julie Allen, nominated Tracey for a Hallam FM Hero Award in the ‘fundraiser of the year’ category.

“I didn’t even know I was nominated,” said Tracey.

“Julie called me into her office on Monday and told me she had nominated me and that I had got through to the final. I was shocked to say the least but very proud.”

The awards were held at the Kenwood Hall Hotel in Sheffield on Friday where Tracey won the award for ‘fundraiser of the year.’