The bench is not a blackboard – it’s a tribute 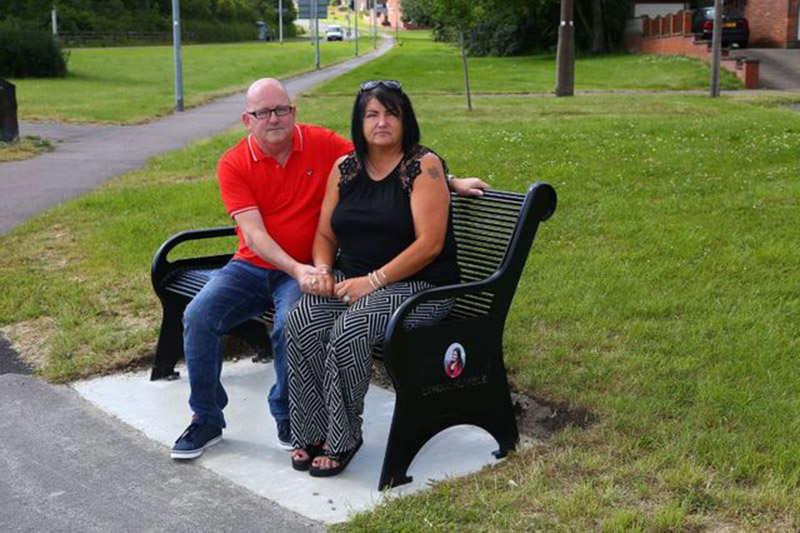 THE family of a woman killed in a car crash last year have spoken of their horror after a memorial bench in her memory was vandalised.

Lorna Humble, 29, died in April last year after the Citroen C1 she was driving collided with a concrete mixer truck and a silver Vauxhall Vectra on Industry Road, Carlton.

Following her death, the family have raised money to have a bench installed just off Fish Dam roundabout, overlooking where she died.

Since it has been installed, the family have been horrified to discover graffiti on the bench.

Lorna’s stepfather, Stuart Peckett, of Lang Avenue, Lundwood, said: “The first time we saw the graffiti it was quite faint so me and Lorna’s mum, Colleen cleaned it and it came off.

“We went back last Friday and the graffiti was on the bench again, with a stronger pen. Colleen had to go home and come back to clean the bench yet again.

“The graffiti is not targeted at Lorna, which is good, but it seems as though there is a group of youths who are adding their ‘tag’ to things which is not on.

“At the end of the day this is a memorial bench, a place where family and friends can go and remember someone who is no longer with us.

“It’s horrible and upsetting. You wouldn’t deface a war memorial with a graffiti tag so why do it on a memorial bench?

“These people are not thinking about the impact it has on the family, especially Lorna’s daughter who is only ten.”

Stuart put an appeal on Facebook expressing his anger and upset and the post was shared more than 40 times.

Stuart said: “I just want whoever is doing this to think about who they are hurting.

“The bench is not a blackboard – it’s a tribute.”