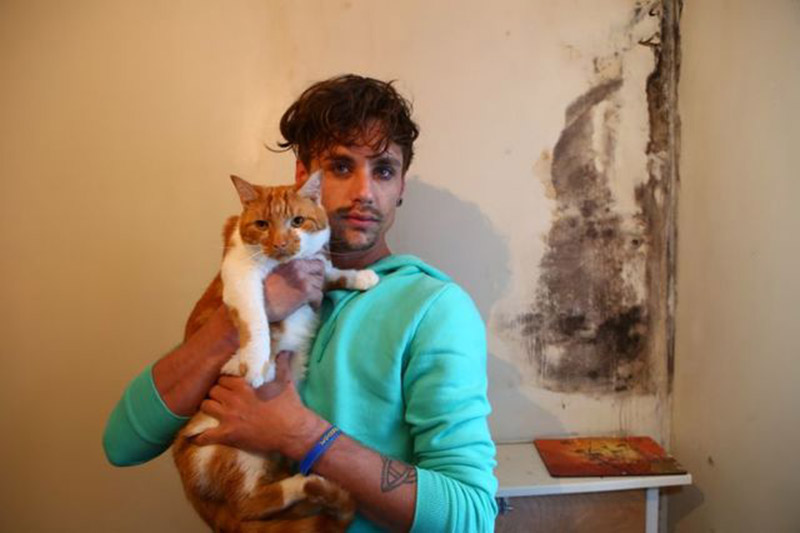 COUNCIL bosses have been urged to step in to end private tenants’ misery at multi-occupancy housing complexes across Barnsley.

Tristyn Bell-Willows, 32, rents a one-bedroom flat in a house of multiple occupancy (HMO) on Doncaster Road and claims he has had to endure rats, flooding, mould and live electric wires.

The building’s yard is full of fly-tipped waste and he claims not enough is being done to protect tenants from negligent landlords across Barnsley.

He said: “The outside space is like a junkyard and as the weather gets warmer more rats are starting to show. There’s been seven floods, all of which have been serious, and this is nearby live electric wiring.

“It’s so damp and mouldy that even mushrooms were growing on the windowsill as the wood has rotted away. You try and contact the landlord and you’re just fobbed off, so more needs to be done to protect some of society’s most vulnerable people who have to endure these living conditions.”

It allows tenants to tackle problems independently of local authorities and sue landlords who fail to keep properties up to habitable standards.

The shadow secretary of state for housing said: “The complete failure by the Conservative government to provide the decent and affordable homes we need across Barnsley means that far too many renters in our area live in unacceptable and dangerous conditions.

“This long-awaited Labour legislation provides a critical safety net against the truly shocking conditions that some private renters are forced to put up with.

“I’d urge anyone who feels their accommodation is unsafe or unhealthy to use these new powers to get the accommodation that everyone in one of the richest countries in the world should consider standard.”

Several successful prosecutions, led by Barnsley Council’s Safer Neighbourhood Service, have taken place this year and the local authority reiterated its commitment to improving private sector accommodation in the town.

“We have powers as a local authority to ensure landlords maintain rented property to a habitable standard,” a spokesman said.

“Our Safer Neighbourhood Service will work with people who are not getting suitable support from their landlord.

“We will not hesitate in taking legal action against any landlord who violates the law. Where people have concerns, they are advised to send an email to safer@barnsley.gov.uk and we will investigate accordingly.”