No bridge too far for vandals... 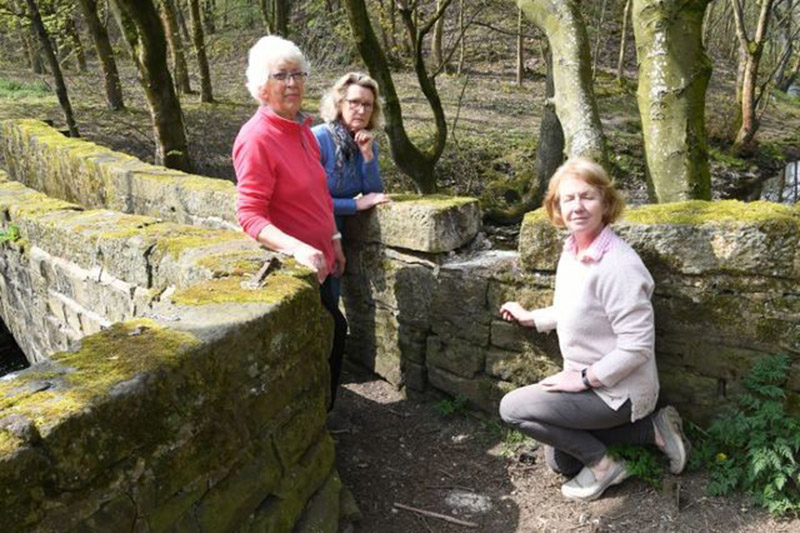 VANDALS have attacked a grade II listed bridge over the River Don in Penistone – leaving volunteers at the nearby community garden ‘astounded’.

The bridge, on Sheffield Road near the Springvale Community Garden, was built in the 17th century and was used by pack horses – it is made up of square rubble, stone parapets, flat copings and a flagged causeway.

One of the main coping stones on the bridge has been stolen, leaving a large gap in the wall, and it is thought that attempts have been made to remove a second stone.

Maureen Ryan, a volunteer said: “It’s an historic building and the council did work on it three years ago to make it more stable, they’re interested in maintaining it and keeping it alive.

“I think the coping stone that has been taken is very valuable – it’s a large stone that couldn’t have been carried.”

As the stolen stone is from the 17th century and an historic piece - members of the community garden believe that the stone could be sold.

“It’s disastrous, disappointing and it just seems pointless,” added Maureen. “Like any other act of theft or vandalism, you see something attractive but that doesn’t mean you have to have it for yourself.

“It’s something that has been there since the 17th century and it’s tragic. It’s not like people have died but it’s still very tragic.”

A spokesperson for the police said: “Our officers received reports at around 10am on April 24 that a large rock had been removed from a historic bridge in the Springvale area of Penistone. Enquiries are ongoing.”

Contact the police quoting incident number 0238 of April 24 if you have any information.