Calls for awareness after ‘horrific attack’ 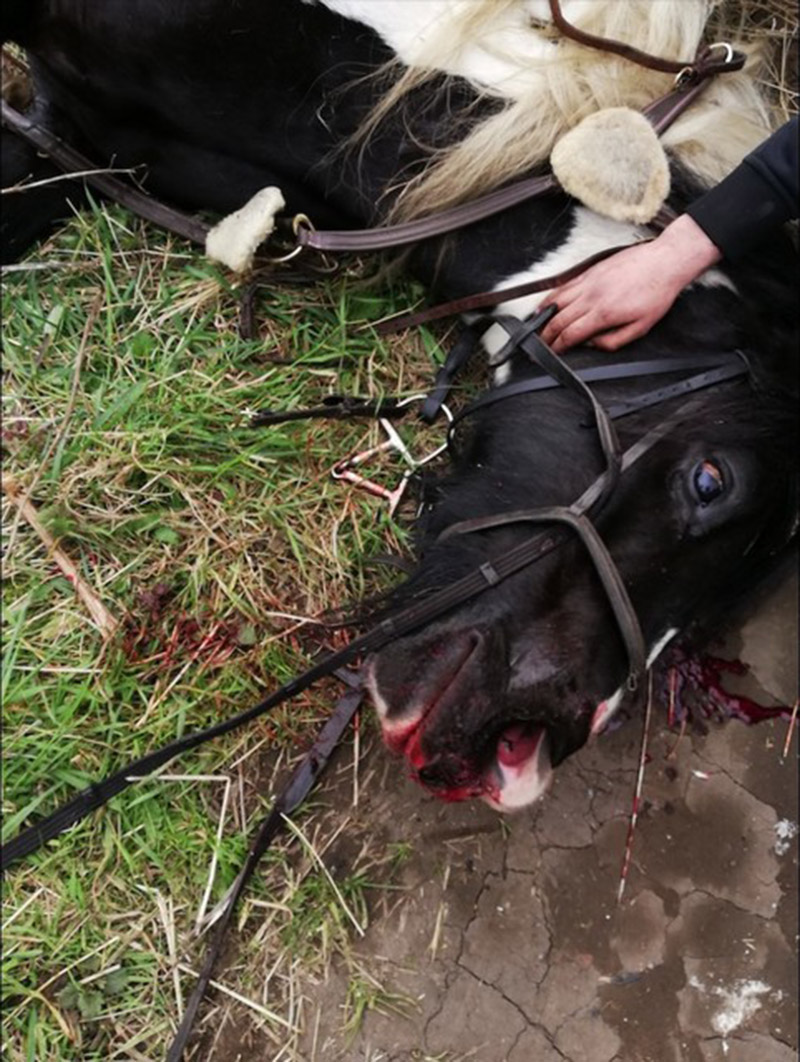 A HORSE owner whose horse was ‘horrifically attacked’ by dogs says she wants to raise awareness of what can happen if dogs are not properly handled.

Clare Hurd, of Kathleen Street, Goldthorpe, said she was riding up Doncaster Road in Goldthorpe with her cob Maxwell, seven, on their way home from a ride on Sunday, when two dogs began to bark and bite at Max.

Clare, 35, said the incident happened outside Fulton Foods, when two dogs which appeared to be tied up outside the store, broke loose and started jumping up at them.

The dogs were both biting Maxwell and even though one was restrained, the other was attacking his face.

She said: “Maxwell is used to dogs as where we go out there are always some around. They usually just sniff him and he’s fine with that, he isn’t scared of dogs at all.

"It was such a shock for something like this to happen.”

Clare said when the dogs started biting Max’s muzzle she got off him and tried to protect him, but Max was spooked and ran up the road heading towards the bypass - with one of the dogs still attached to his face.

“It was horrific. I immediately got off him and stood by him as I was trying to get their attention on me and kept kicking them away.

“The next thing he was running up towards the bypass but luckily he turned off and I realised he was heading back home to the stables.

“Everyone was around there and someone said it had got him. The dog was attacking him and he was rearing up, then the next thing I knew he was on the floor with the dog on him.”

The dog was finally taken off Max who Clare said had to be sedated twice because of the shock of the attack.

“He has puncture wounds on his legs, his muzzle has been ripped to bits and it can’t be stitched because of where it is and because he is constantly moving it,” said Clare.

“He is on stable rest at the moment and on painkillers and antibiotics.

“He is recovering which is good but at the time it was terrifying. I have had him since he was three-years-old and he means a lot to me.”

Clare said she wants dog owners to be more wary around horses and the attack has made her want to tell dog owners how important it is for them to be handled properly.

“If owners know their dog is prone to biting or attacking other animals, they always need to be wearing a muzzle,” said Clare.

“If they are tied up outside a shop or somewhere, they need to be tied up properly and securely.“It’s not the dog’s fault it’s the owners. This shouldn’t have to happen to anyone.”