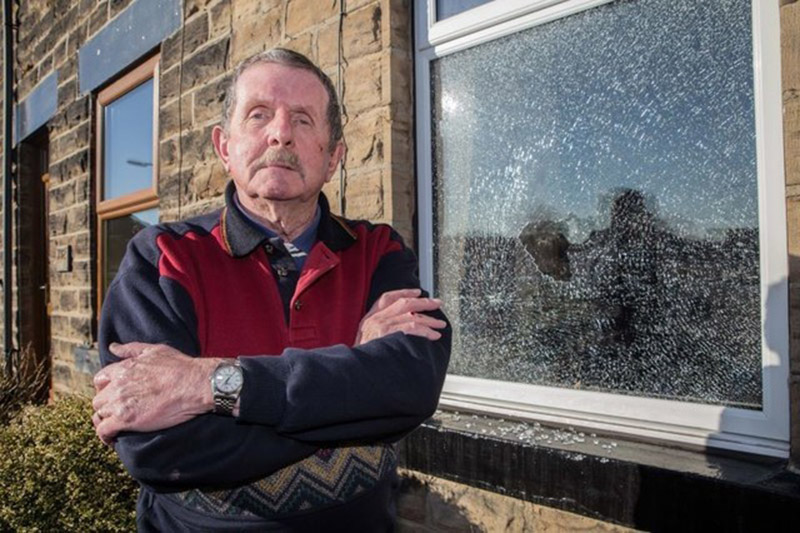 A COUNCILLOR who has been campaigning for yobs to foot the bill for causing criminal damage caused in children’s play areas has had his windows put through.

Coun Charlie Wraith, who represents the Cudworth ward, has condemned antisocial behaviour at recent police meetings and was targeted on Saturday night while he was at home on Burton Road, Monk Bretton.

“I was sat in my living room when I heard the smash,” he told the Chronicle.

“Someone threw a stone and it’s shattered a double-glazed window. I was frightened to death by it but it’s another example of criminal damage being caused - months after a glass sculpture was damaged on Monk Bretton roundabout.

“Antisocial behaviour has been terrible. The police, who were abysmal when I rang to report the incident, also said they couldn’t do anything about it.”