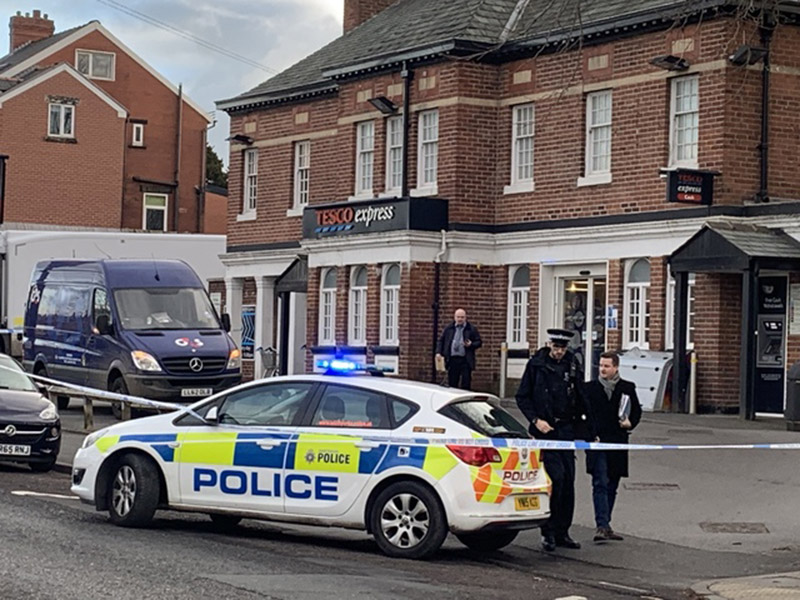 AN investigation has been launched after a man was assaulted with a hammer during a robbery outside a supermarket.

Police were called to the Tesco Express store on Huddersfield Road at 1.30pm yesterday afternoon.

A security service worker was making his way back to his van after collecting cash from the Tesco Express store on Huddersfield Road when he was approached by a man.

The man is then said to have assaulted the victim with a hammer, causing an injury to his arm. The suspect has then left the area in a white Ford Fiesta. No cash was taken.

A police spokesperson said: "Anyone with information is asked to call 101 quoting incident 441 of January 14."