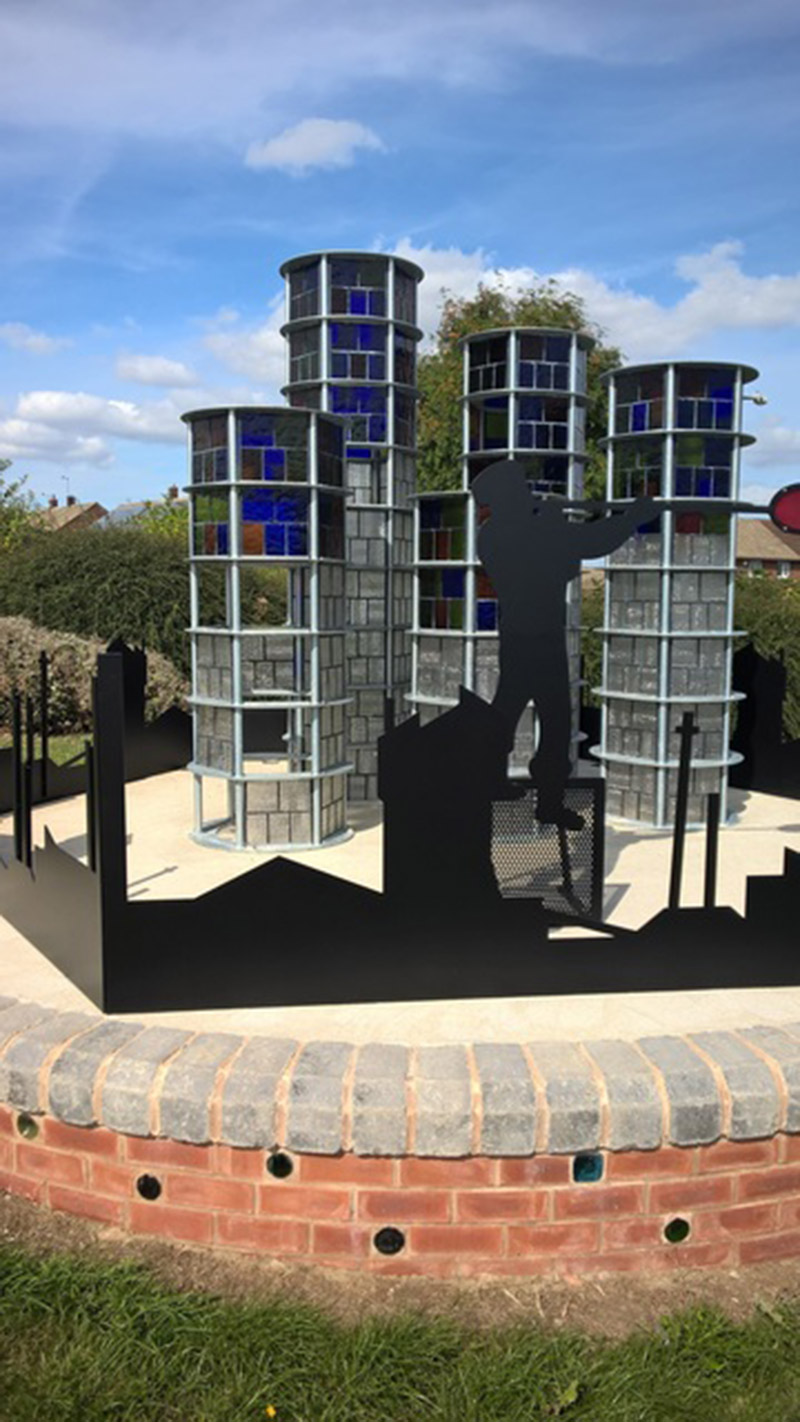 TWO boys responsible for damaging a sculpture which celebrates the role of glass-making in Monk Bretton have been cleaning up the community by way of a punishment.

Having been unveiled on Monk Bretton roundabout at the junction of Burton Road, High Street and Fish Dam Lane in April, the sculpture - which is made up of five glass chimneys - had 35 of its glass panels smashed.

The sculpture, which was paid for by the family of the late Dr Stanley Race, who was a former chairman of glass manufacturer Redfearns, was fastened down but it wasn’t enough to withstand the attack.

Police confirmed two 12-year-old boys admitted responsibility and Coun Margaret Sheard told a crime meeting held in Royston this week that they have been taking part in community payback-style clean-ups.

“The sculpture’s been repaired now but it’s important the boys did something in order to understand that their behaviour was not acceptable,”

she added "We want to have nice things in Monk Bretton and we won’t be ‘stopped’.”