Dad encourages children to get on their bikes... 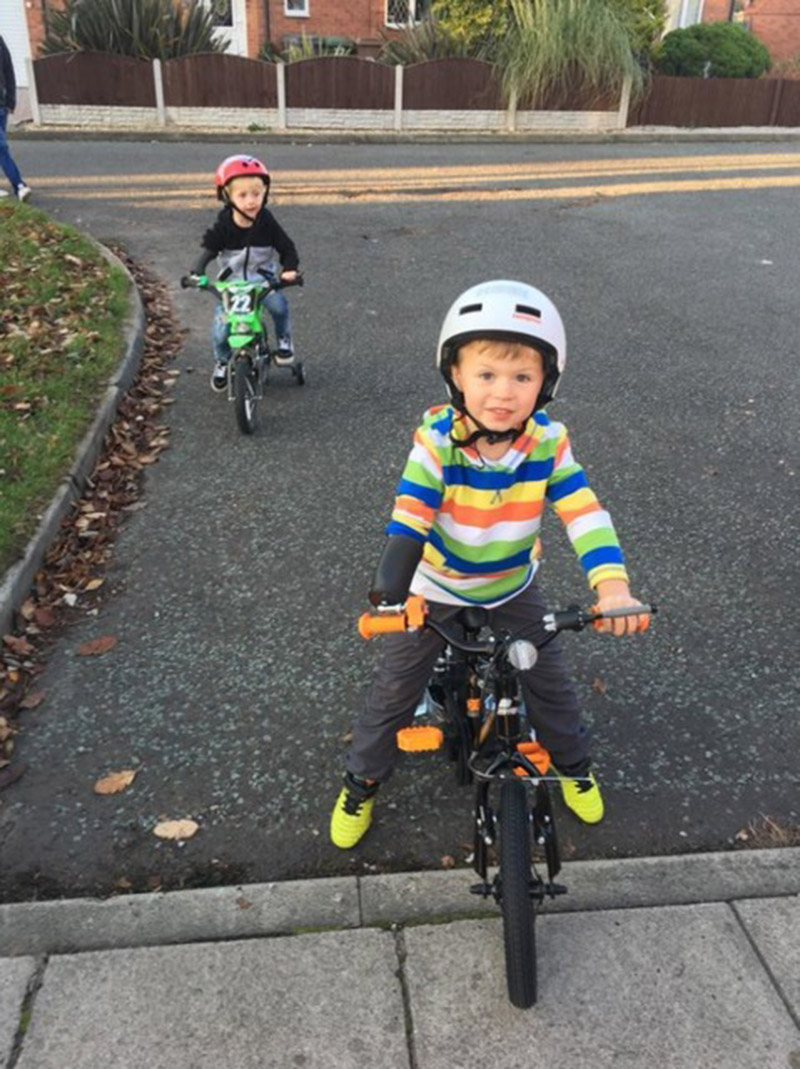 A BARNSLEY dad who builds 3D-printed limbs for children has just adapted push bikes for four children who are missing an arm.

Adam Dengel, 30, of Galway Close, Royston, has bought and adapted bikes for children who are missing a limb making them more stable and safer for them to ride.

He bought a bike for his son, Tommy, four, and another four to surprise other children with.

Adam bought the bikes from Halfords and has adapted them himself by changing the braking system and adding an ergonomic ‘cup’ on one side of the handle bars allowing the rider more stability.

Little extras have also been added to the bike like stabilisers, and a helmet will be given with each bike.“It’s just another thing we’re trying to do to help children,” he said.

“Children without an arm struggle to ride a bike because they have to lean on the handlebar and it isn’t very comfortable so we designed a cup so they can sit upright.

“Both of the brakes are wired into one lever so now you can use both brakes at the same time to make it safer.”

The adaptations have been made using Adam’s 3D printer. His garage has now been converted into a workshop which he also uses to make limbs for children.