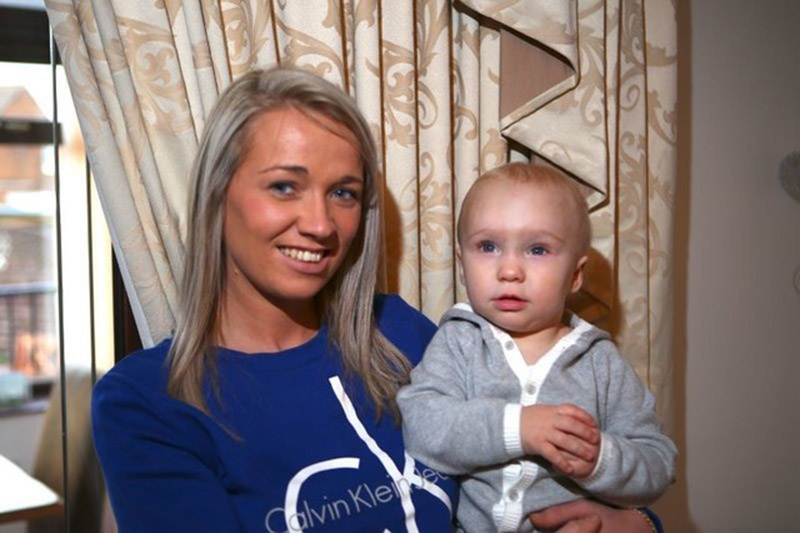 A MOTHER is raising money for a hospital ward after her 14-month-old son underwent a major operation.

Jack-Paul Shaw, of Coronation Drive, was born with sagittal craniosynostosis, a condition where bones in the skull fuse before birth.

His mum, Sian Shaw, 29, began noticing his head was shaped a little differently when he was four-months-old.

She said: “He was finally seen by a doctor in May when he was ten months old who measured his head and sent him for a CT scan at Barnsley Hospital.”

The scan revealed the condition and he was transferred to the John Radcliffe Hospital in Oxford, one of four specialist NHS hospitals for craniosynostosis.

He underwent an operation on October 25 to remove and reshape the affected parts of his skull and fix them back in place.

Sian is now raising money for the Headlines charity and the Cranio Facial unit at John Radcliffe Hospital. Headlines supports people with craniosynostosis and rare craniofacial conditions and their families.

She said: “I would love our community to come together and raise as much money as possible to help families who have to travel to specialist centres after their child receives a craniosynostosis diagnosis.

“We will have to keep travelling to Oxford so the hospital can monitor his progress and I think it would be lovely to give something back especially after everything they have done for my son.”