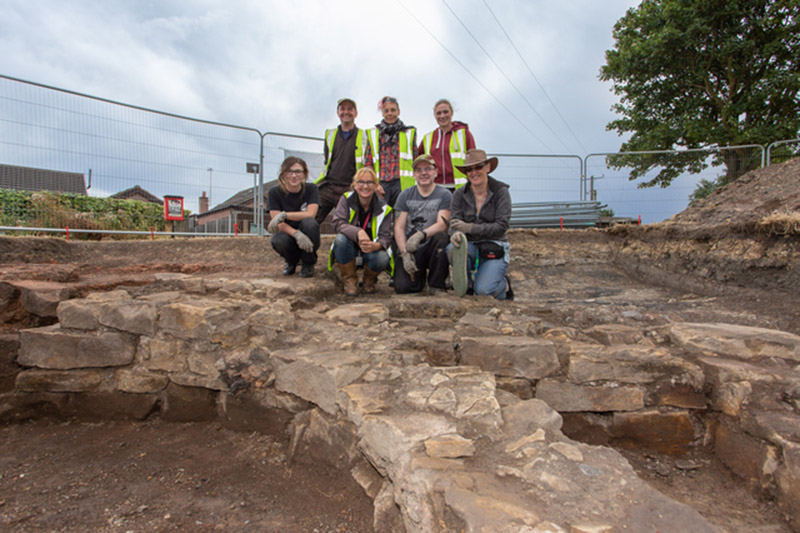 A RECENT archaeological dig has discovered a previously unknown part of the once famous Milton Ironworks.

Over the last few weeks, professional archaeologists have worked with staff from Barnsley Museums and the local community at the Milton Forge playing fields between Elsecar and Hoyland.

The dig was funded through the National Lottery and during the last last few days of the dig, they uncovered the remains of a calcining kiln – an oven for roasting iron ore before it was smelted in blast furnaces.

It's thought that this was one of a series of kilns used at the works, although their location was unknown.

The dig uncovered many other fascinating artefacts from the early 20th century when the field was used as a tip.

This included part of a commemorative cup from the Belmont Social Club in Hoyland, and a workman’s clay pipe from Broseley in Shropshire.

The trenches have now been carefully back-filled to protect the archaeological remains. The results will be presented at a public event at Elsecar Heritage Centre later in the year.