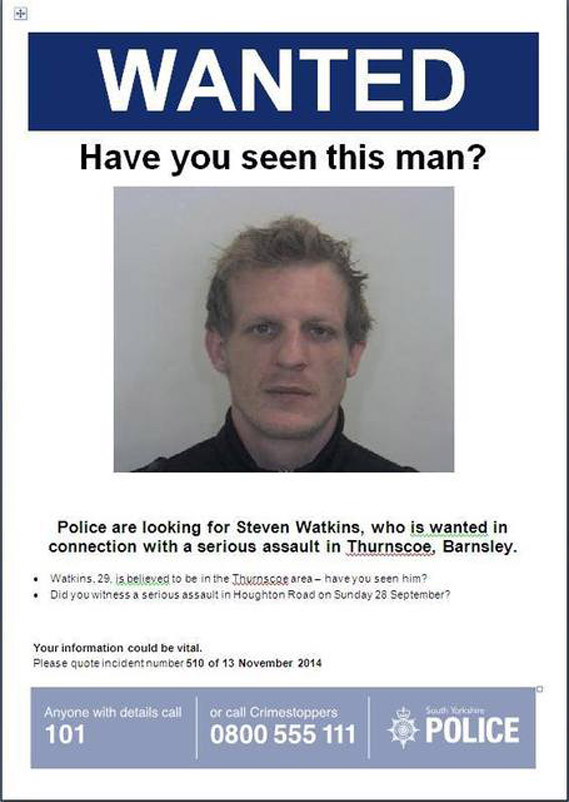 POLICE are circulating posters in Barnsley of a man who is wanted in connection to a serious stabbing.

They're trying to find Steven Watkins, 29, in relation to a serious assault on a man in Thurnscoe on September 28.

The 33-year-old victim suffered stab wounds during the incident in Houghton Road. He has since been released from hospital.

Since then, police have been carrying out extensive searches in the area to find Watkins and have carried out a number of search warrants.

Officers from the Safer Neighbourhood Team will circulate posters of Watkins to all local shops, pubs and other public areas.

Anyone who has information about his current whereabouts should contact South Yorkshire Police on 101, quoting incident number 510 of November 13.