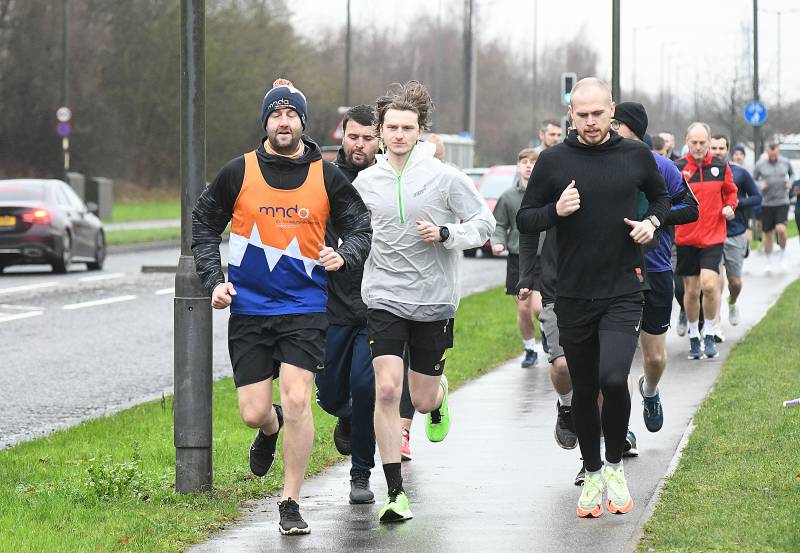 ADAM Stead got by with a little help from his friends.

The Bolton-upon-Dearne teacher completed his 365th five-kilometre run of 2022 on New Year’s Eve alongside around 30 mates.

The epic challenge has seen the 35-year-old run across the UK and beyond in raising cash for Motor Neurone Disease Association.

He was inspired to run after seeing the story of rugby league legend Rob Burrow’s struggle with the disorder.

As the kilometres have ticked by the fundraising goals have also come and gone and he has now surpassed £10,000.

He has ran alone and in rain and shine but was helped over the line for a final time with a lot of company.

“It was a great turnout and the Just Giving page has gone crazy.

The runners were welcomed back into the Bluebell pub at Manvers afterwards where Adam’s bucket was further filled up with donations.