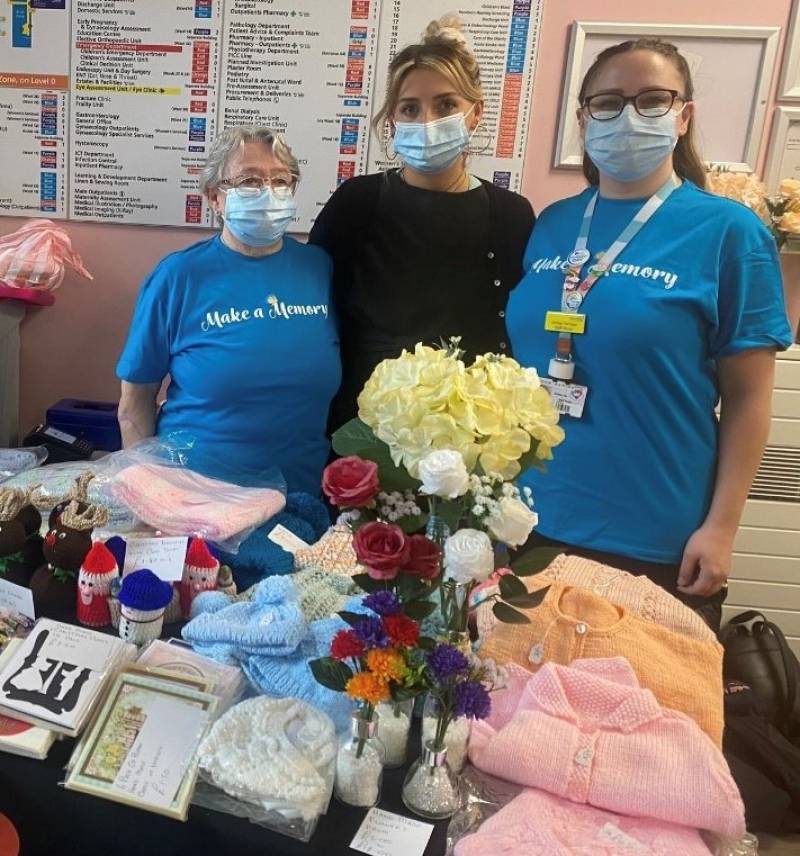 BARNSLEY Hospital Charity has sent a big thank you to its ‘Sensational Six’ fundraisers for raising thousands of pounds in 2022.

The team, headed up by Beryl Fairclough, a retired ward clerk and receptionist at Barnsley Hospital, raised £4,091 last year.

Beryl, of Silkstone, co-ordinates a group of friends who meet weekly at a craft group and who knit, crochet and craft throughout the year to raise funds and are also supported by a wider group of supporters who knit from home.

The group, who can turn their hand to anything, produce unique Christmas crafts such as the chocolate orange covers, knitted Easter egg covers, baby items, flower arrangements and cards.

The Sensational Six, as the Barnsley Hospital Charity team named them, never fail to come up with fabulous and creative ideas to raise funds.

A hospital charity spokesperson said: “Our wonderful former staff member and volunteer Beryl and the team of amazing crafters and knitters supporting our Make A Memory Appeal have finished off the year with a bang after a sell-out December of Rudolph and Christmas crafts.

“Thank you Beryl, your fabulous family and all of the knitting and crafting team, you are superstars.

“The team are well on their way with 2023 fundraising with Easter and Christmas crafts already prepared and being worked on. If anyone would like to help, you can donate small Cadbury’s creme eggs by dropping them to us at the hospital.”

Beryl won the Hospital Hero category in the Proud of Barnsley awards 2022.