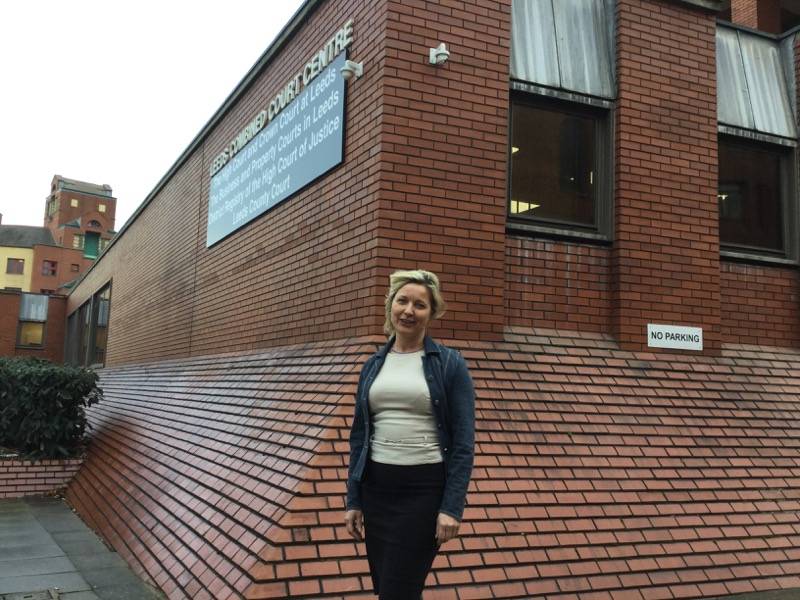 A WOMAN continuously raped by her paedophile father – who was handed a 20-year prison sentence for his despicable crimes – is set to release a book about her fight for justice in the hope it will inspire other abuse victims to come forward.

Elliott Appleyard was found guilty of raping and sexually assaulting Carol Higgins following a two-week trial at Leeds Crown Court in January 2019. The 75-year-old denied five counts of rape and ten counts of indecent assault which happened between April 1982 and April 1985, when Carol was aged between 12 and 15, but was found guilty.

West Yorkshire Police did not press charges against Appleyard when she first complained about her abuse more than 30 years ago, but the police reopened the case in 2015 after Carol wrote to Dee Collins, then-Chief Constable of West Yorkshire Police. She moved to Sheffield Road, Penistone, to escape her father’s abuse aged 15 and Carol chose to waive the anonymity automatically granted in sexual offence cases in the hope of encouraging more victims to come forward. Her tell-all book – titled How I Conquered The Impossible – will be released on April 23 next year.

She said: “The love and support I’ve had since has helped me raise awareness and fight for justice for children being raped in their family homes. “Incest is rife and not enough is being done about it – I had my own rented house on a rough street in Barnsley where I was lonely and frightened. “My often pretend smile hid a lot of my pain and trauma. “I hope this book will continue to raise awareness of the taboo subject of incest so it doesn’t get swept under the carpet.”

Carol, 54, said that she first reported the abuse in 1985, but was told that proceeding any further would ‘blacken her name’. She went back to the police again in 2005, 2012 and 2014. When she returned in 2015, police decided to investigate but the Crown Prosecution Service decided not to press charges. Ms Higgins had the ruling reviewed and Appleyard finally faced justice.

She has now issued a High Court claim against the Chief Constable for West Yorkshire Police for a breach of Article 3 of the Human Rights Act. The claim is on hold while it is considered by the Independent Office for Police Conduct against the police’s own findings. “I felt confused and embarrassed by what was going on,” she added. “I had no-one to turn to and was powerless to say ‘no’ – he tried to justify his actions, but I still have guilt and shame for not telling him to stop, but I wasn’t strong enough then. “I was just a child but I went to the police, gave them a 17-page statement when I was a teenager and underwent internal forensic examinations, but they said my name would be blackened by the allegations.”

Appleyard’s offending was described as an ‘appalling catalogue of sexual abuse’ by the NSPCC. Carol’s case prompted the children’s charity to direct young sexual abuse sufferers to its dedicated service – Letting The Future In – which works towards rebuilding youngsters’ lives. A spokesman said: “This is a truly horrifying case and it is right that Appleyard has faced justice for his crimes. “For his daughter’s childhood to have been destroyed by his twisted domination of his family is truly sickening.”