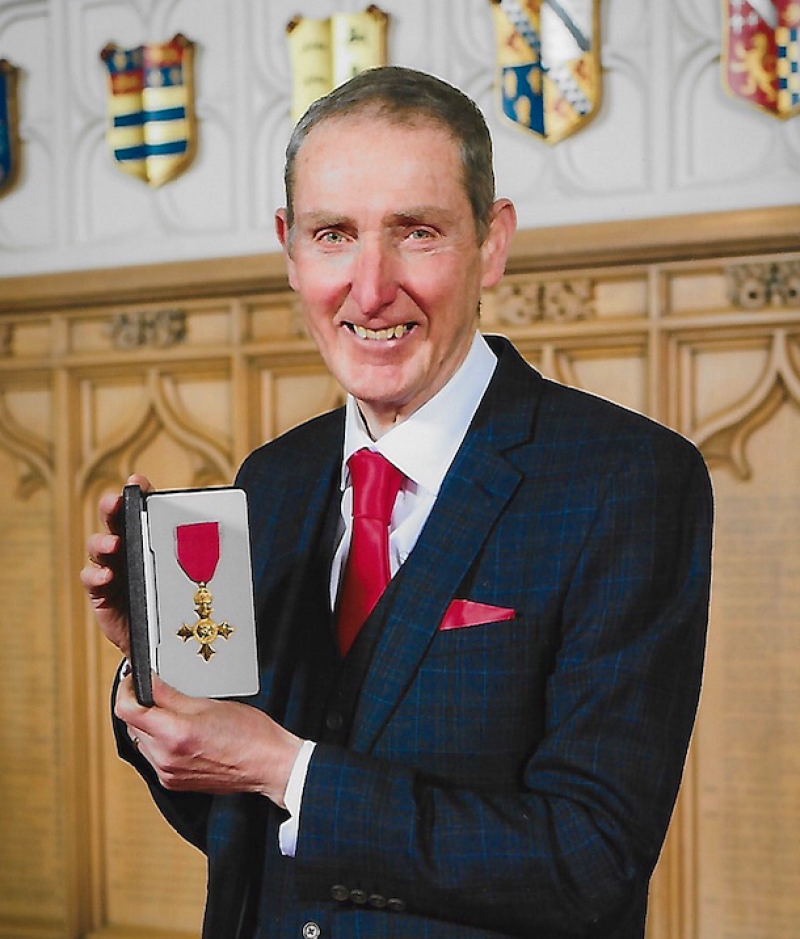 AN Athersley man was in Windsor earlier this month to accept his OBE for services to the community.

In January 2022 David Deaves was awarded the Order of the British Empire (OBE) for voluntary and charitable services to the community in Wakefield for his work with Dewsbury Ambulance Charities.

David, who devoted 49 years to the ambulance service, was promoted to leading ambulance man and station officer before becoming a rapid responder before his retirement.

The 69-year-old, who now lives in Wakefield, created his own charity through the ambulance service with the help of his co-workers – to help local people in Yorkshire areas live better lives – including Barnsley which David keeps close to his heart.

He told the Chronicle: “I was once on a bike ride to Bridlington and stopped for a break along the way and ended up buying a chalet which was then used for the disabled and less fortunate to use as a getaway.

“It was great – we would also take people out for trips to Flamingo Land if they couldn’t go on holiday.”

“I’m dead excited – it has been a year since I knew I was getting one. It caught me completely by surprise – it is tremendous and definitely unexpected.”

David’s family travelled to Windsor with him.

Daughter Vicky said: “There was myself and my husband, Danny, as well as my brother Paul and his partner Emma.

“There was also their daughter Beatrix who is five and Emma’s daughter Hannah, 12.

“At the actual investiture, there was myself, Beatrix and my brother with my dad.

“We all had a wonderful time – the Royal household staff were fabulous, especially with Beatrix who they were delighted to see as they don’t get many children going.

“It was Prince William who my dad met with.”

Dewsbury Ambulance Charities began way back in 1980 when a trio of ambulance men – as they were called then – did a sponsored walk to help raise funds for the Guide Dogs for the Blind.

Other walks followed and within a short time they organised their own event.

David was one of the founder members and has run the charity for over 40 years, raising thousands of pounds for numerous charities and good causes.