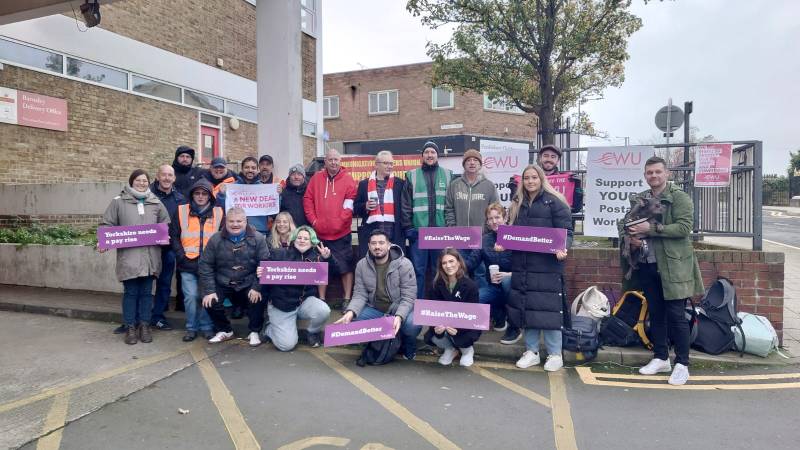 BARNSLEY members of the Communication Workers’ Union formed picket lines to strike for a pay rise.

Strikes – which took place outside the town centre’s Royal Mail hub on Pitt Street at the weekend – had support from members of the Trades Union Congress.

Members are striking for a pay rise from Royal Mail that ‘fully addresses the current cost of living’.

CWU spokesman Andy Furey said: “Everybody knows there’s more than enough money for a reasonable pay rise and it’s time for those at the top to show real respect for dedicated public servants who, as key workers, provided unprecedented customer service during the pandemic.”