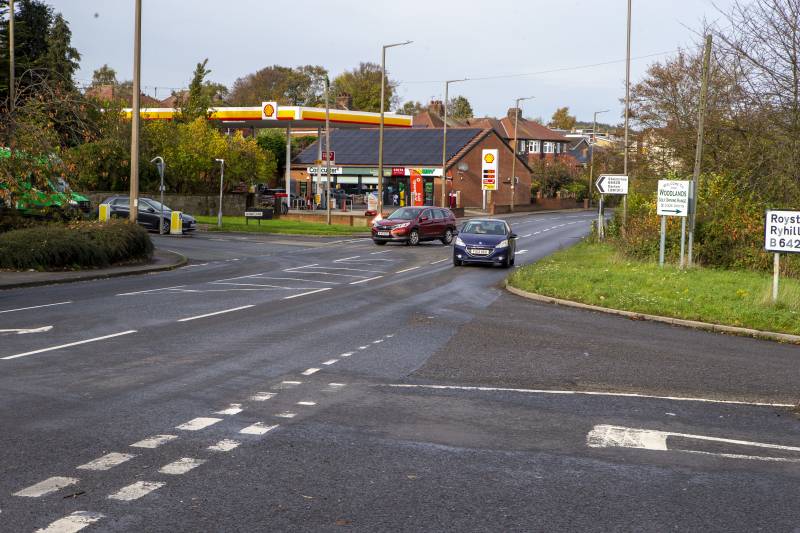 A SECOND road traffic collision at a busy crossroads has prompted a local resident to urge for more to be done before another occurs.

Last Friday, Wakefield Road – at the junction with Paddock Road – was closed in Staincross due to a collision between two cars.

South Yorkshire Police told the Chronicle two people were taken to hospital as a precaution, though their injuries are not thought to be serious.

It’s reported that one of the vehicles was found upside down on its roof.

It comes just a week after the police appealed for information about another collision which left an elderly woman with ‘significant injuries’.

It’s reported that at around 12.15pm on September 1, police received a call from paramedics who were at the scene of a collision involving a white Vauxhall Viva and a white BMW 1 Series on Paddock Road, Staincross, at the junction with Wakefield Road (A61).

It was initially thought the driver of the Vauxhall, a woman in her 80s, suffered minor injuries – but it has been confirmed they are much worse.

She has been taken to hospital, where she remains in a serious but stable condition, after suffering ‘multiple serious injuries’ in the collision.

John Race, who lives on nearby Paddock Road, told the Chronicle residents in his area are concerned.

“There’s been a number of collisions on that road,” he said.

“People are definitely concerned about it, especially on Paddock Road.

“The traffic department at the council will just say that it’s ‘bad driving’.

“But with the amount of traffic that is coming down that road, there’s still nothing been done.

“You now get HGVs going down that road – it’s only going to get worse.”

John added that something more needs to be done at the ‘bottleneck’ road.

“We can all see the problems,” he added.

“When you’re turning right into Royston there’s a bottle neck.

“There are a lot of problems and more needs to be done to keep the pedestrians and cyclists safe.

“We all like to drive our cars, but it shouldn’t be over having a good environment.

A spokesperson for Barnsley Council added: “We are unable to comment on ongoing investigations - however, regarding road safety, we monitor the borough's roads annually.

“Locations, where there have been clusters of collisions that have caused injuries over recent years are prioritised, inspected, and road safety improvements are considered.

“Based upon the collision data, the area of Wakefield Road being raised is not a location that causes concern.”