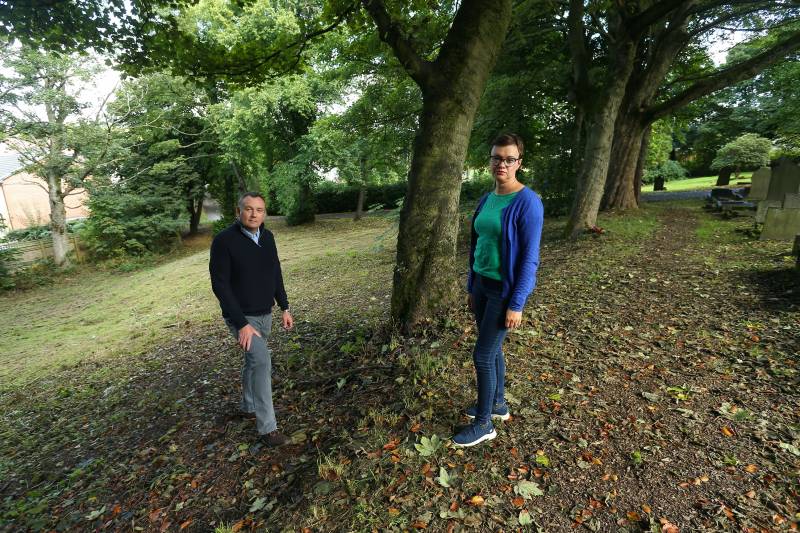 A MEMORIAL for almost a thousand stillborn babies and children is set to be unveiled next month after a tireless campaign to create a fitting tribute to their lives.

The shocking scale of the number of children buried in the public grave at Penistone-Stottercliffe cemetery was revealed last year by local man Richard Galliford, sparking local councillors to set up a fundraiser.

Donations flooded in and more than £7,000 was generated within weeks, paving the way for a granite memorial – which will include inscriptions – and benches.

The babies and children were laid to rest at the Saunderson Road site between approximately 1880 and 1980 – a time when baby burial legislation and rituals were largely different, often due to financial reasons with not a single gravestone to mark their existence.

Coun Hannah Kitching, who represents the Penistone West ward, said: “We are all very pleased that the memorial is nearing completion and will soon be installed in its place in the cemetery.

“We knew that it would take some months to create as it is a bespoke, handcrafted piece.

“We are grateful for people’s patience with that and we’re hoping that it will be installed by the end of October.

“A small event, open to the public, to unveil the memorial will be held.

“As soon as we have a date for that we will let everyone know.

“Public graves of this type were commonplace across the country and across the borough, right up until the late 1970s.

“Before that time, babies tragically born sleeping were not required to be properly registered and were simply taken away from their grieving parents, who often weren’t told where they had been laid to rest.

“Furthermore, there were times when many children did not survive infancy, or died of illness in childhood, and families with other mouths to feed simply could not afford a funeral or burial.”

Until late last year, the large patch of land was heavily overgrown but it is the resting place of an estimated 1,300 children.

Coun David Greenhough, also of the Penistone West ward, added: “We wanted to ensure the cemetery has a permanent memorial to these lost souls somewhere that family members can go to pay their respects, to remember, to think, and to lay flowers if they wish.

“A lot of these parents were separated from their babies and the parents simply didn’t know where the babies had ended up.

“We hope also to be able to create a searchable database so that if people think they have a family member buried in the plot, we should be able confirm that for them relatively easily.”