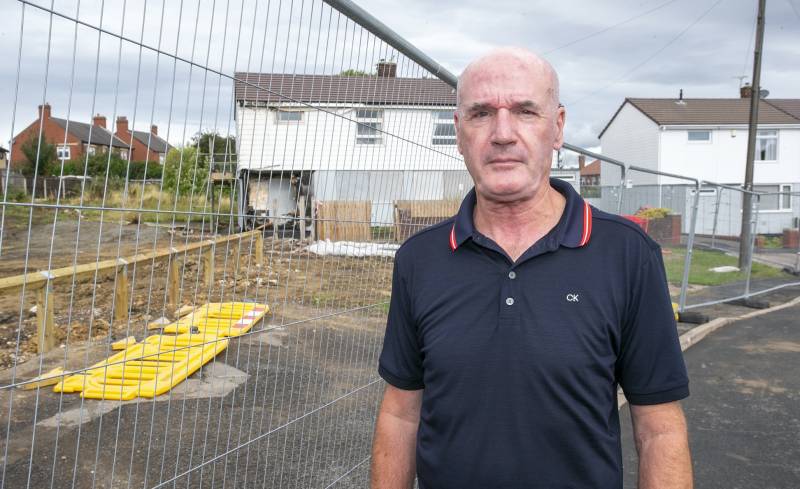 BARNSLEY Council will be grilled about their plans to replace the homes lost in the Woodland Drive fire next week.

At Thursday’s full council meeting, a question by Coun Peter Fielding, who represents the Dodworth ward, will raise the question of replacing the council houses on the street.

A ‘major incident’ was declared by South Yorkshire Fire and Rescue due to the demand across the county which saw crews from Barnsley’s stations diverted elsewhere due to ‘unprecedented’ demand.

It meant fires were prioritised in relation to risk to life and risk to property, with residents being asked to only call 999 if their life was at risk.

The service was completely overstretched, receiving more than 2,100 calls from across the county and being sent to 228 incidents.

There were scenes of sheer devastation as record-breaking 40C temperatures saw the crews sent across Barnsley, before tackling the Kingstone blaze.

Neighbours watched in desperation as nearby houses were burnt to the ground.

Demolition work on four properties which were decimated by the raging fire were completed last month – but it’s now more than a month later and seemingly nothing has been done.

Barnsley’s community spirit shone through following the incident, with thousands of pounds being raised for the families affected.

Since then fundraising gigs and events have taken place to increase the total which has surpassed more than £20,000.

Subsequently, an investigation into the safety of an estimated 2,000 houses across the borough was launched in August.

The houses known as Hawthorn Leslie ‘non-traditional’ builds were built between 1964 and 1979 but only use minimal brickwork for aspects such as semi-detached partition walls and instead have steel frames and cladding.

A probe into its cause concluded it was an accidental fire and sparked in a shed, but the wood and plastic-type materials which clad the housing acted as accelerants.

However, the Chronicle understands there are about 2,000 homes deemed of ‘non-traditional’ build across the borough and Coun Fielding revealed expert consultants have been drafted in to undertake a fire safety review as a result of the incident.

“After the terrifying house fires on Woodland Drive where fire spread rapidly between buildings and caused the total destruction of five homes, it was understandable that many tenants of similar houses expressed serious concerns about the fire safety of their homes,” he added.

“We need to know what steps the council’s taking to replace the houses lost.”