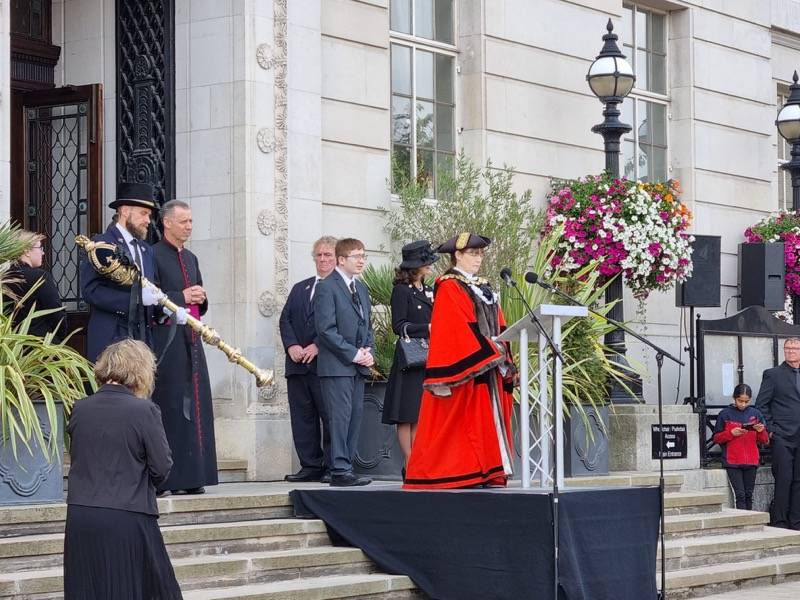 CROWDS gathered to watch Barnsley’s Proclamation of the accession of King Charles III on Sunday. 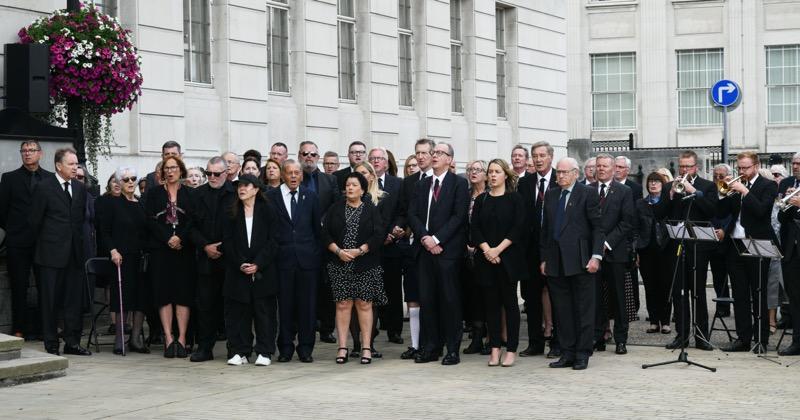 Mayor of Barnsley Coun Sarah Tattersall marked the occasion with a reading outside the town hall following the public announcement of the new monarch following the Queen’s death.

She said: “The borough of Barnsley is deeply saddened by the announcement of the death of Her Majesty the Queen.

“I would like to further convey my sincere condolences to members of the Royal Family at this time of such personal loss.

“This event was a public announcement of the new monarch, followed by a rendition of the national anthem played by members of the Barnsley Metropolitan Band.

“Her Majesty the Queen’s life will be remembered for one of service, duty and devotion to communities up and down the country, the Commonwealth and beyond.

“Floral tributes can be laid at the war memorial at the front of the town hall but unfortunately, we cannot accept glass objects, containers, or candles.

“We’ll be sharing more information in due course about local arrangements for proceedings.”