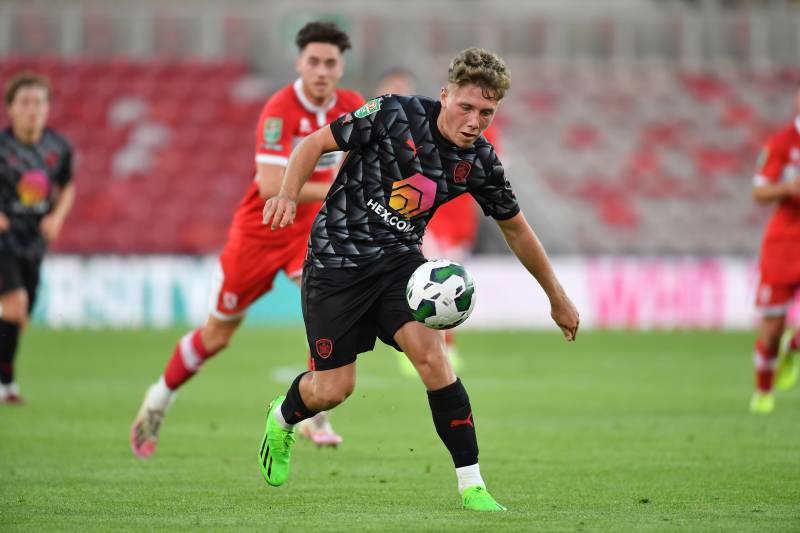 Barnsley FC youngster Aiden Marsh has joined Scunthorpe United on a loan deal. The young forward, from Monk Bretton, will link up with former Barnsley manager Keith Hill at Glanford Park until January. Marsh, 19, netted against Preston North End in the Championship last season and has featured 11 times for his boyhood club. Though the transfer window has officially closed to Football League clubs, Vanarama National League teams can loan in players. Marsh will be temporary teammates with former Barnsley product Jacob Butterfield at The Iron. A preview of Barnsley’s game against Port Vale will feature on our website later today. He could make his debut at Altrincham on Tuesday.