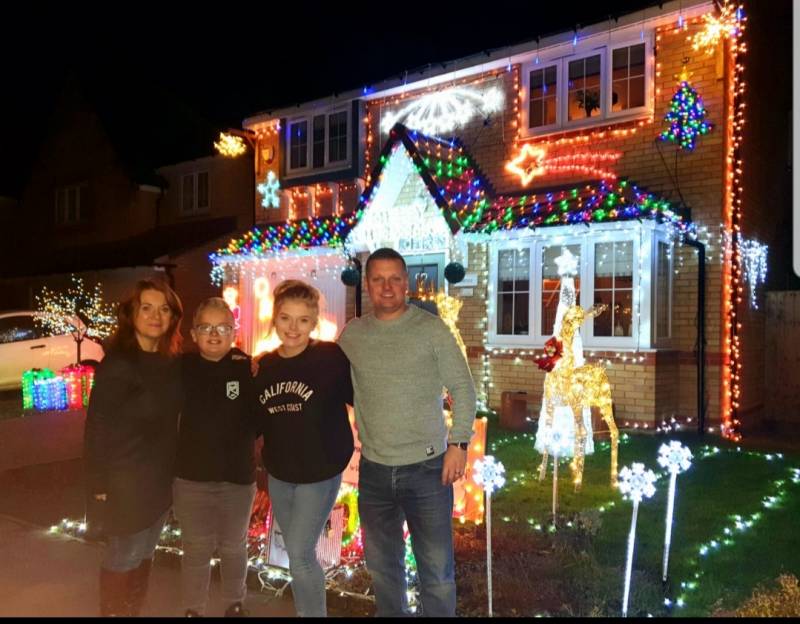 Seventeen years later, the Baumber family home has become a festive attraction in the town, drawing hundreds of people and raising money for local causes every year.

The caring family Stephen, his wife Jo and their children Mia, 17, and Charlie, 13 start planning their spectacular display in September and Stephen admits each year he tries to outdo himself.

Since moving to their new home, on Long Furlong, eight years ago, Stephen estimates that about £7,000 has been raised and is proud to have put the fun back into Christmas and fundraise at the same time.

“It really is superb that through the generosity of family, friends, passers-by we can help local causes. We don’t have a set charity that we donate to in the early years we gave money to the children’s ward at Barnsley Hospital where my wife works and to our good friend Claire Throssell’s Heads Together charity.

“The last couple of years we have distributed the money over the course of the year, giving a couple of hundred pounds here and there that amount can make a big difference to a small charity and they are always local causes.”

The caring family’s efforts have been recognised with a Proud of Barnsley nomination.

“It’s a real honour to have been nominated I can’t believe how it has snowballed and how far it is come. Every January when I am up a ladder taking all the decorations down I say never again but I get too much out of it to stop doing it.”