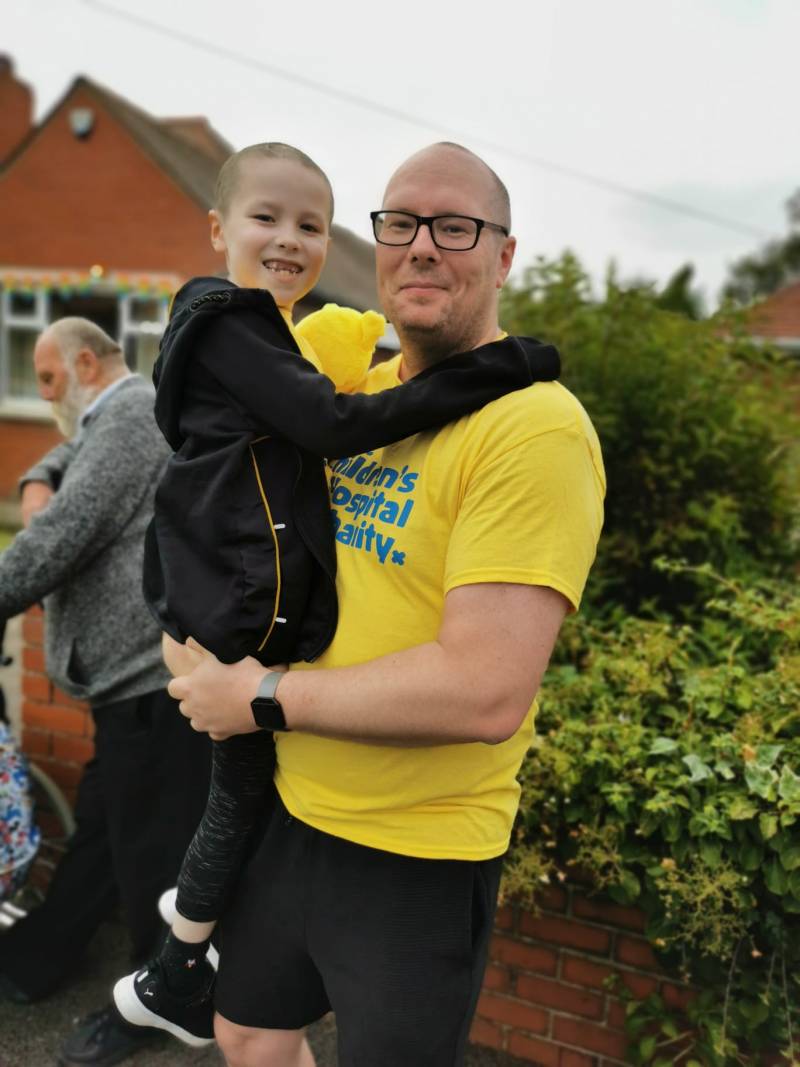 THE fundraising efforts of a dad of a young boy diagnosed with a rare brain tumour have seen him nominated for a Proud of Barnsley award.

Eight-year-old Oliver Howe was diagnosed with a malignant brain tumour in September 2020 and his family’s ‘world turned upside down overnight’.

His dad, David, has been fundraising for the Sheffield Children’s Hospital Charity to say thank you for their efforts in helping his son.

David said: “On September 4 2020, Oliver was diagnosed with a very aggressive brain tumour.

“He was given lots of radiotherapy and had high dose, intense chemotherapy which meant he rarely left hospital until he finally rang the bell in July last year.

“He has done amazingly over the past 12 months but unfortunately he was recently taken very ill and we were told the tumour had returned.

“We are now once again in Sheffield Children’s Hospital where they are doing amazing work to make Oliver comfortable.

“We have done numerous things to raise money and awareness for the charity who are very close to our hearts.

“The biggest event I did was walk from our family home in Barnsley to Sheffield Children’s Hospital and back.

“I did this on the one year anniversary of Oliver’s diagnosis.

“As a family we have raised tens of thousands of pounds for the charity and we will continue to do so for as long as we are able.

“My next big event is the great north run that I will be doing with my cousin, Claire Roe in September.”

Upon hearing of his nomination in the Charity Fundraiser category, he said: “I’d just like to say how surprised I am to be nominated for a Proud of Barnsley award.

“This nomination means so much to me and my family and to the people who have nominated me I am so grateful.

“Everything we do for Sheffield Children’s Hospital Charity is just my way of saying thank you for everything they do and continue to do for our son, Oliver.”