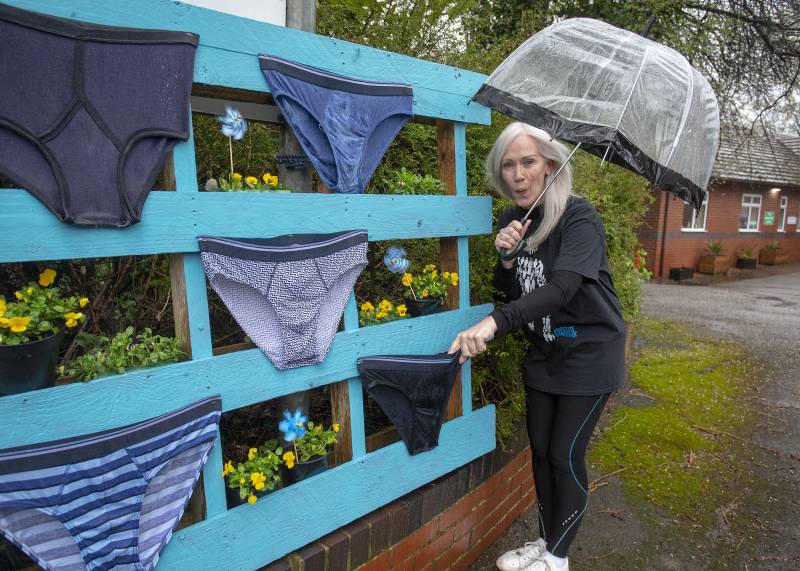 A WOMAN who has helped raised money and awareness for a variety of charities in a number of ways has been nominated for a Proud of Barnsley award.

Jane Penvose is a team leader at Kexborough House care home – and some of her ideas have turned heads across the town.

Her ‘booby board’ last year raised awareness of breast cancer, and earlier this year she took the same idea but with men’s underwear to raise the issue of prostate cancer.

She said: “I started fundraising a couple of years ago and last year I did a fundraiser for breast cancer.

“There was a big display with bras alongside the home.

“I did the first Race for Life at Locke Park after the pandemic and I always try and get the residents involved with what we’re doing.

“I did the 100 miles in July Barnsley Hospice challenge and in March I did the prostate cancer display with underpants – that was because my dad was diagnosed with it just before Christmas.

“I also went to this year’s Race for Life which went really well and we raised almost £500.”

After hearing of her nomination in the Community Hero category of this year’s awards, she said: “I’m really astounded.

“The donations that have come in have been fantastic.

“It’s all about fundraising for a good cause and getting the residents involved.”