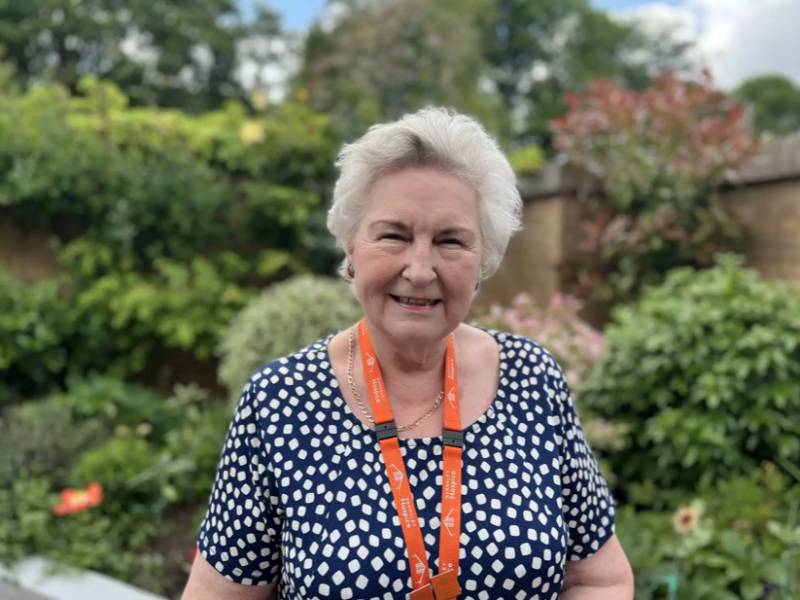 A LONG-SERVING Barnsley Hospice volunteer celebrated reaching her 28th anniversary at the facility this month.

Jean Thompson-Banks, 78, first attended a talk by the hospice’s matron back in 1994 – and wanted to fill her time as he she was due to retire.

Initially stating working as a reception, she has also joined other volunteers in raising money for the hospice.

She said: “Without a doubt, meeting my husband Malc is the most important thing that has come from my time volunteering at the hospice.

“When we got married, some of our hospice colleagues shared the day with us as they have been a bit part of our relationship.

“I have also had many fun memories at the hospice, most notably dressing up as a duck one Christmas Eve.

“Being part of the hospice’s 15th, 20th and 25th anniversary celebrations also really stands out.

“It is such a privilege to be a part of something so amazing.

“I truly have enjoyed every minute of volunteering at the hospice, and I look forward to the years to come.”