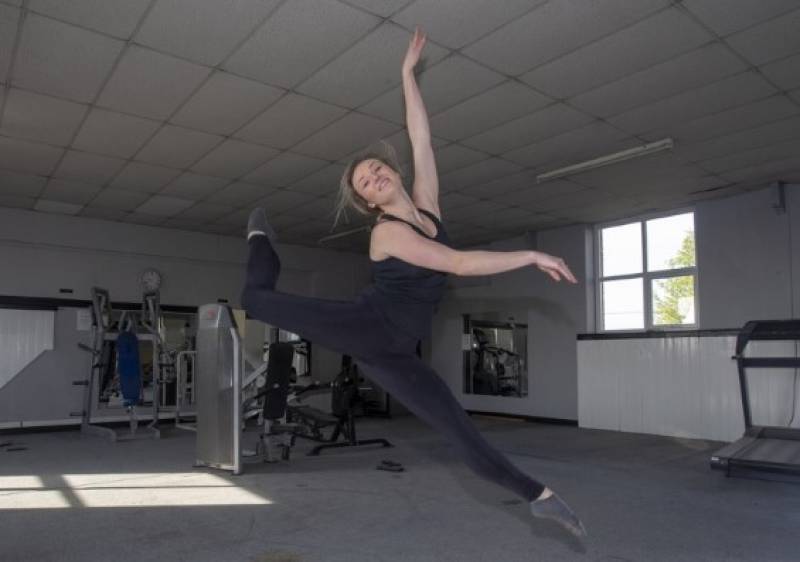 A DANCER who fulfilled her dream of opening her own school has now found a permanent home in an ‘iconic’ Royston building.

Naomi Gill and husband Jake are hard at work renovating the former Superbodies gym, in the St Matthews Building on High Street, which has laid dormant for several years but is still remembered fondly by locals.

Naomi, who has been dancing since the age of three, has been running classes out of Carlton Pavilion since setting up Dancerz Inc six years ago but said the school has outgrown its former base.

“This came up and it was too good an opportunity to pass up,” said the 30-year-old, originally from Dodworth but now living in Royston.

“I used to drive past it on my way to my mother and father-in-laws’, and always thought it would make such a good dance school.

“It’s an ideal space and the location is amazing.

“It will give us so many more opportunities.”

Superbodies and its owner Les Nield – who died in 2018 – were an institution for more than three decades in the village.

“It’s a bit of an iconic building,” said Naomi.

“My husband used to go to the gym.

“I’ve met Les’s sons who had the building after him.

“People are happy it’s being used, and it will hopefully be of benefit to the community.

“There’s a lot of work to be done – it’s a big space with a few rooms.