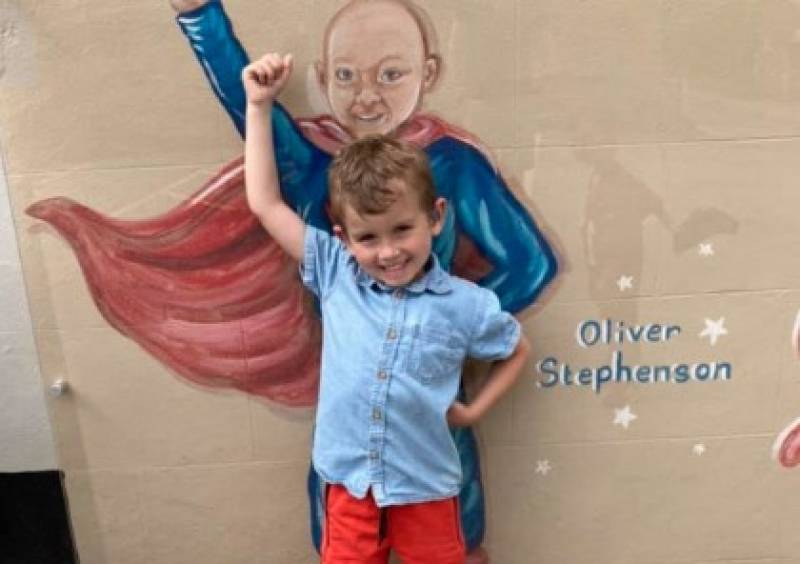 A SIX-YEAR-OLD whose story inspired an army of Barnsley residents to raise more than £250,000 to fund innovative cancer treatment can now see the light at the end of the tunnel – after flying to New York for his last course of therapy.

Oliver Stephenson, who was diagnosed with high-risk neuroblastoma in early 2020, had a 3cm tumour on his kidney before doctors uncovered the cancer had spread to his bone marrow, skull and eye sockets.

The bivalent vaccine – which is administered in New York – has been proven to give kids a much higher survival rate and decrease the chances of cancer returning in following years.

The aim of the vaccine was to trigger a response of the immune system against neuroblastoma by causing the patient’s body to make antibodies to attack the cancer cells – something which has worked for Oliver, whose mum Laura, of Stairfoot, won the carer of the year category at last year’s Proud of Barnsley awards.

Oliver and his family are currently in the US, having flown on April 9 for the ‘last hurdle’ at the Memorial Sloan Kettering Cancer Centre (MSK).

She said: “I can’t believe we have reached this point – it seems like a whole lifetime ago when we started this journey and now we can see the end.

“The odds were against him at the beginning but he showed everyone just how brave and strong he is and he amazed us all at every stage of treatment.

“Oliver continues to do well – he is growing in confidence, in strength and in personality.

“He had a fantastic parents’ evening at school recently and his teacher told us he had begun to talk openly to his peers about his experience of having cancer.

“This shows us that he is developing an understanding of what he went through but also that he is comfortable enough to talk about it.”

“I promised that I would ensure Oliver understood how fortunate we are to have had so much support and I really believe he is beginning to develop this understanding,” Laura added.

“All the thank yous in the world will never be enough but I will continue to say it to the hospital staff at Leeds General Infirmary, St James’ and MSK, the charities who have supported us and of course the followers who fundraised to make it all possible.

“Even after having the bivalent vaccine, the fear of relapse will never leave us and we are still learning to live with that, but then it will be regular maintenance check-ups.

“We continue to be thankful and grateful to every single person who helped give our boy a chance at life.”